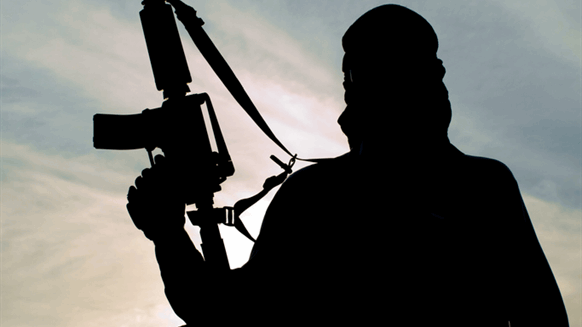 Libya's National Oil Corporation has called for the 'demilitarization' of oil facilities.

Libya’s National Oil Corporation (NOC) has called for the “demilitarization” of oil facilities “so that its workers can carry out their work without putting their lives in danger”.

“Their safety as well as the security of oil facilities must remain paramount,” NOC said in a statement posted on its website last week.

NOC said it was “deeply concerned” about the “continuing militarization” of its oil facilities and the “heavy presence of foreign mercenaries” at various oil fields and ports in the east and south of the country.

“The number of mercenaries at the Ras Lanuf petrochemical complex has recently increased,” NOC said in a company statement.

“Their presence constitutes a threat to the safety of workers and industrial facilities within the complex. There are also a large number of military personnel billeted in worker housing inside the residential area of Ras Lanuf town, in a flagrant violation of the law, privacy and security of worker housing,” NOC added.

NOC went on to say that it has also received reports of “large numbers” of mercenaries with military vehicles occupying the residential area of the Zallah oil field. Another group is occupying a Schlumberger camp located close to the field, according to NOC.

“Illegal activities taking place in and around NOC facilities are being documented. NOC will not hesitate to seek prosecution for those who damage Libya’s sole source of revenue,” NOC added.