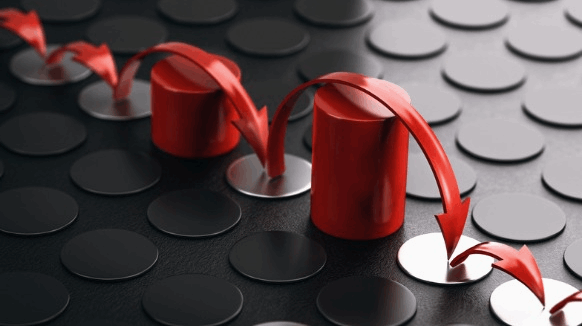 Rigzone panelists offer their insights on the top oil market hits and misses for the week ending Aug. 28, 2020.

Based on initial reports, oil and gas installations along the U.S. Gulf Coast appear to have largely avoided major damage from Hurricane Laura. How the industry prepared for the hurricane’s landfall, and how it is restoring operations in the storm’s aftermath, demonstrates an impressive amount of resilience, according to one regular Rigzone market-watcher. Read on for more about this and other topics from Rigzone panelists.

Barani Krishnan, Senior Commodities Analyst at Investing.com: A week ago, few would have expected a hurricane hit in the magnitude of Laura. And a week later, few would have anticipated the industry to have bounced back almost immediately after the worst storm in 168 years. From early details, the hurricane’s landfall was a near-direct hit on U.S. refineries between East Texas and western Louisiana, with Citgo in Lake Charles particularly taking the brunt of it. Yet, right after that landfall, Tanker Trackers reported that vessels were heading to their intended spots after seeking shelter in the far west end of the Gulf of Mexico off Corpus Christi and Brownsville, Texas. That’s just incredible.

Tom Curran, Senior Energy Services and Equipment Analyst in Equity Research, B. Riley FBR, Inc.: Two more high-profile companies, both of whom once had among the biggest enterprise valuation in their respective industries, filed for Chapter 11 bankruptcy protection. First, offshore in the contract drilling arena, Valaris (OTCMKTS: VALPQ) announced on Aug. 19, 2020, that it had entered into binding agreements with roughly 50 percent of its noteholders, pursuant to which it voluntarily filed a Chapter 11 financial restructuring and secured $500 million in DIP (debtor-in-possession) financing. The agreements contemplate:

Then, back onshore in the hydraulic fracturing market, FTS International (NYSEAMERICAN: FTSI) revealed a debt-for-equity swap deal of its own on Aug. 24, 2020. The pumper disclosed a restructuring agreement with holders of about 74 percent of its 6.250-percent senior secured notes due 2022 and around 64 percent of the company’s secured debt claims. Under the agreement, which also entailed a voluntary Chapter 11 filing, FTS’ aforementioned holders will exchange their debt claims for $30.6 million in cash and 90.1 percent of the reorganized company’s equity. Existing shareholders will receive the rest of the equity, 9.9 percent.

While headline-grabbers, the filings of Valaris and FTS International are just the latest bankruptcies of two overbuilt industries that are experiencing among the most brutal structural contractions with an overall shrinking global oilfield services complex.

Tom Seng, Director – School of Energy Economics, Policy and Commerce, University of Tulsa’s Collins College of Business: Two sides of the same coin. If Hurricane Harvey taught us anything three years ago, it was that we now had to consider the disruption of supply in the Gulf Coast. So, when Hurricane Laura developed, all the necessary precautions were taken to ensure the safety of platform workers while some major refineries in the path of the storm made the decision to half operations. The market reaction was mostly muted, with West Texas Intermediate (WTI) and gasoline rising on the strengthening of the storm only to retreat as its path shifted eastward from the huge petroleum and petrochemical corridor of East Texas/Southwest Louisiana

The U.S. Bureau of Safety and Environmental Enforcement (BSEE) estimated that about 84 percent of the oil and 60 percent of the natural gas in the Gulf of Mexico was shut-in currently. Despite the storm-driven price gyrations, WTI managed to still hover around $43 per barrel. U.S. crude oil inventories declined for the fifth straight week last week as the Energy Information Administration (EIA) Weekly Petroleum Status Report showed a decline of 4.7 million barrels vs. Wall Street Journal analysts’ forecasts of just 3 million barrels. Inventories of crude are at 15 percent above the five-year average for this time of year while finished gasoline and distillates all remain at levels above their respective five-year averages for this time of year as well.

Refinery utilization increased to 82 percent. The key Cushing, Okla., hub saw a decline of 279,000 barrels and now stands at about 68 percent of capacity. U.S. oil production rose by 100,000 barrels per day (bpd) to 10.8 million bpd. The U.S. dollar made some gains this week which can help to keep a lid on oil prices, but the index has remained below 89 for the last month. Meanwhile, natural gas has managed a rather impressive rally on the perceived demand for electric generation spurred by the hotter weather in many parts of the country. However, stored natural gas volumes now stand at 3.42 trillion cubic feet (Tcf), with only 11 weeks remaining in the traditional injection season. If we average just 58 billion cubic feet per week during this period, we will enter winter at 4 Tcf – a level not realized too many times in the past.

Seng: Back-to-back hurricanes were totally unexpected but did not appear to catch the industry off-guard. However, as we approach the peak of the season in mid-September, we could see more and more activity as anything is possible. Officially, hurricane season does not end until Nov. 30.

Curran: Many have been astonished by how soon and/or significantly the revision trend in consensus 2021 EBITDA has reversed course for the elite tier of completion service players. Over the second quarter of 2020 earnings season, as these elite companies delivered results and/or update guidance that revealed the efficacy of the rightsizing/restructuring measures they’ve implemented and as the active U.S. frac spread count remained in a new uptrend, it became clear that their EBITDA should be on a higher trajectory than consensus assumed.

Strikingly, from June 30 to Aug. 30, 2020, consensus EBITDA for 2021 has made among the biggest leaps for the top-notch pressure pumpers:

Of course, those who provide vital support and inputs for fracing have also seen increases. Best-in-class water solutions expert Select Energy Services (NYSE: WTTR) and leading proppant logistics specialist Solaris Oilfield Infrastructure (NYSE: SOI) have seen consensus upward revisions of 29 percent and three percent, respectively, from $20.8 million to $26.8 million and from $25 million to $25.7 million. This round of upward revisions also starkly amplified the divergence occurring between this group, expected secular winners and the rest of the U.S. oil patch – especially those with inherently inferior models and/or severely distressed finances.

Krishnan: This week the EIA delivered its fifth straight surprise in weekly crude draws, reporting the drop of another 4.7 million barrels from inventory, even as talk continues of the coronavirus hampering economic activity. We have the media continuing to report stories of economic fallout from COVID-19 while crude inventories seem to be getting gobbled each week. At some point, the ying and yang have to meet on oil demand and the pandemic’s impact. As of now, they seem as disconnected as they can be.