Largest Oil Resource In North America On Its Net-Zero Way 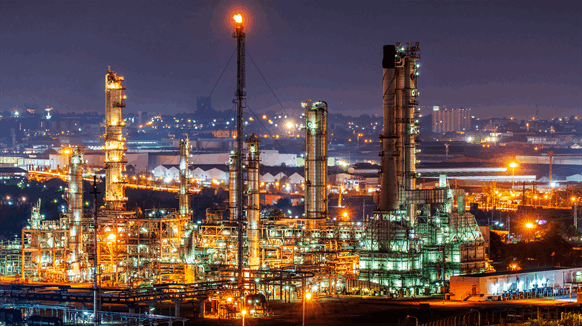 Canada's major oil sands producers are working together on a net-zero initiative that could ensure long-term supplies of responsible energy.

Canada's major oil sands producers are working together on a first-of-its-kind net-zero initiative that could help ensure long-term, secure supplies of affordable and responsible energy for North America.

The goal of the Alliance is to achieve a phased reduction in emissions from oil sands operations, reaching net-zero by 2050, working in collaboration with Canadian federal and provincial governments.

As the single largest oil resource on the continent, and the third-largest in the world, the Canadian oil sands offer the unparalleled potential to help ensure long-term, secure supplies of affordable energy for Canada and the United States, and for North America to become the preferred supplier of sustainable oil to the world.

"The Pathways Alliance has a well-defined plan to reduce current oil sands emissions of 68 megatons per year in phases over the next three decades to ensure both near- and long-term progress," said Alex Pourbaix, President and CEO of Cenovus Energy.

"By tackling our emissions challenge head-on, we're working to ensure the oil sands can offer Canada, and the United States, a sustainable product and a higher degree of long-term energy stability and certainty," he added.

The initial focus of the group is a foundational carbon capture and storage (CCS) network to gather CO2 from more than 20 oil sands facilities in northern Alberta and transport it for safe storage in underground geological formations.

While similar large-scale CCS projects are already being developed in other locations, including the USA, UK, Norway, and the Netherlands, the Pathways Alliance facility will be one of the largest of its kind in the world.

The Alliance vision recognizes that oil is a significant source of greenhouse gas emissions that must be addressed as the world transitions to a lower-carbon future. At the same time, oil will continue to be needed for decades to come as part of a diversified energy mix – both as a transportation fuel and as a critical building block for products we use every day.

"There is no switch to turn off hydrocarbons and quickly ramp up renewables in a way that ensures a continued supply of reliable, affordable low-emissions energy," said Mark Little, President and CEO of Suncor. "All forms of energy will be required and by driving down our GHG emissions to net zero, Canada's oil sands are well-positioned to help facilitate an orderly transition."

Canada has long been the number one supplier of imported oil to the United States and is a significant and increasingly critical source of heavy oil feedstock for Gulf Coast and Midwest refineries. In 2020, Canada accounted for 52 percent of the nearly 7.9 million barrels per day of petroleum products imported into the United States, far outpacing imports from other oil-producing nations.