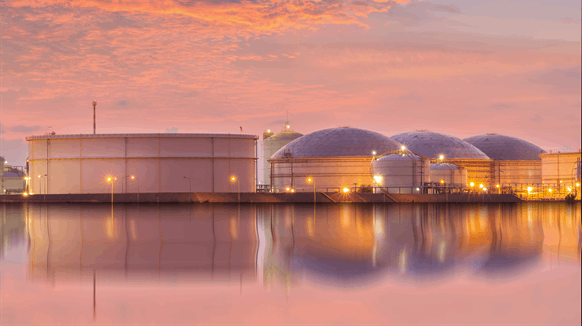 The reality of the low level of supplies has suddenly awoken gas prices from their months-long slumber.

With only a few weeks until the official end of the natural gas storage injection season, the reality of the low level of supplies has suddenly awoken gas prices from their months-long slumber. While this should not be a surprise, the fact it has taken nearly all year for this to happen has been the surprise. The apparent disconnect between weak gas prices and low weekly storage injections may be a signal that there are shifts underway in the natural gas market not well understood by the participants. In particular, it may be the traders who disproportionately help establish gas futures prices that are failing to understand the gas market’s new subtilties.

Spot and future natural gas prices reflect the views of producers, consumers and speculators about the health and direction of the market. When gas prices are very high, as they were during the cold weather experienced at year-end 2017, it was a signal that consumers and speculators believed the sharp storage drawdowns meant that producers needed much higher gas prices as an incentive to develop additional supplies, and keeping us from freezing in the dark! A blast of early warm weather dispelled that view quickly. Gas prices hit rock bottom Feb. 15 this year at $2.49 per Mcf. Since then, they have struggled to climb above $3/Mcf, until now.

Natural gas production for September is estimated to be 13 percent above a year ago, providing comfort to consumers. In addition, the number of drilled by uncompleted wells has been rising throughout 2018, partially due to the pipeline congestion in the Permian Basin that has capped the growth in oil and gas output. DUCs have also grown in more gas-prone regions such as the Eagle Ford and Haynesville. While growing DUCs in the Permian draw the attention of the oil market, the basin is a significant producer of associated natural gas, which has bedeviled the gas market this year. Overall, the total number of DUCs since the start of 2018 is up about 15 percent as of September. Rising DUCs provides a measure of comfort for consumers who see them as an assurance of future gas supply.

Another trend that has may have lulled the gas market into its price slumber has been the lack of growth in electricity consumption, as the public has become more efficient in its use of power. Since 2010, electricity generated by utilities has been in a slow, but steady, decline. This has contributed to the coal recession, utilities’ primary fuel for decades. As coal’s share of the power generation fuel market has fallen, natural gas has gained share as the preferred alternative. For the past two years, the shares of fuel supplied by coal and natural gas were stable, but in recent months, natural gas use has climbed, bringing it into parity with coal in market share. Growing renewable power generating capacity, backed by politically inspired mandates for increased use of renewables, will put greater pressure on the coal and natural gas markets going forward. The latter has an edge due to its lower carbon emissions and the greater performance of gas-powered generating plants in helping to power grids challenged by intermittent fuel sources.

A last ingredient in the natural gas price puzzle is the internal shifts underway in the gas market. The major disruption in the market in recent years has been the emergence of the Marcellus/Utica supplies, now the nation’s largest gas basin. This low-cost gas was trapped for years due to a lack of sufficient demand coupled with insufficient pipeline takeaway capacity to move the gas to other regional markets. That issue has largely been resolved. Now, this cheap gas is flowing in all directions, meaning it may be having more of an impact on Henry Hub spot prices than people recognize. Industry pricing models and expectations are built on decades of “normal” supply and demand patterns. They may be breaking down, creating greater structural changes within the gas market than have become obvious to date.

A key to the current resurgence in natural gas prices has been the realization that winter is fast approaching. Recent news stories about the early storms in the Rockies and Plains states, plus an earlier than usual cold wave that swept across the nation, has power users looking more closely at the gas storage figures. Buyers are not comfortable finding working-gas-in-storage at the lowest level since 2005. Even very high weekly storage injections for the balance of the injection season will leave gas storage significantly below the lowest levels of the past five years, with volumes looking more like those of the early 2000s. Does the market merely need higher prices to improve weekly gas injections? Or, are we finding that our national gas system is much more efficient in delivering the cheapest gas to Henry Hub? The answer to this mystery will play a significant role in our understanding of natural gas pricing dynamics in the future.