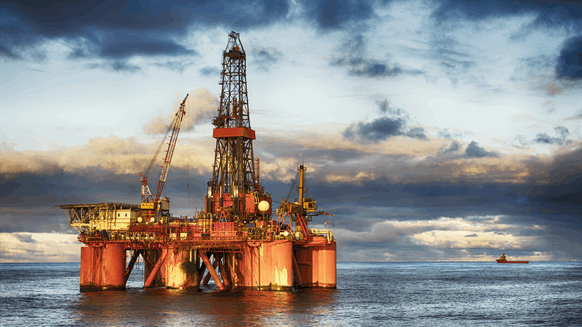 Kosmos expects to record about $24 million of exploration expense related to the drilling project.

According to the company, the well was designed to test a sub-salt Miocene prospect located in Mississippi Canyon, targeting about 10 mmboe net to Kosmos. The well did not encounter commercial quantities of hydrocarbons and will now be plugged and abandoned.

The well is in approximately 1,500 meters of water and was drilled to a total depth of 6,500 meters. Kosmos expects to record about $24 million of exploration expense related to the drilling project, split ~60:40 between 4Q19 and 1Q20.

As the well did not yield commercial quantities of hydrocarbons, the Valaris 8503 rig will move to the Kodiak field to begin operations on a new infill producer well, according to the company. Kosmos plans to drill three additional infrastructure-led exploration wells in the Gulf of Mexico this year.

During the last quarter of 2019 the company completed drilling the Resolution exploration well in the U.S. Gulf of Mexico, but it also had to be plugged and abandoned as the primary exploration objective proved to be water bearing.

During that same month it had better news tied to an offshore oil discovery in Equatorial Guinea, where its S-5 well was drilled to a depth of 4,400 meters and encountered 39 meters of net oil pay.