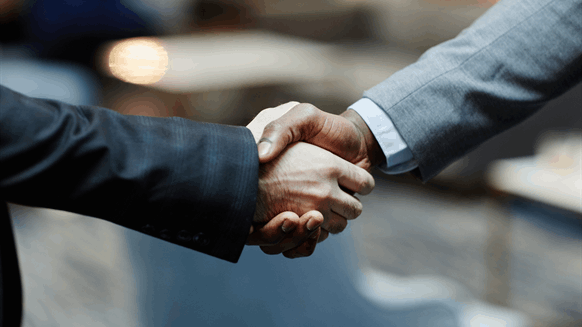 Keppel Infrastructure and the Swiss-based MET Group have formed a joint venture company, Keppel MET Renewables, focusing on the opportunities in the renewable energy sector in Western Europe.

The JV between KI and MET Group serves as the next phase of their strategic partnership since KI invested 20 percent in MET Group in 2020. The new JV, Keppel MET Renewables, will pursue and invest in both greenfield and brownfield solar and onshore wind assets across Western Europe, which will complement MET Group’s businesses across Europe. The JV has a target to scale up rapidly to at least 1 GW of operating and ready-to-build renewable energy projects.

As part of the strategic deal, KI divested a 10 percent stake, out of the 20 percent it owned, of MET Group to Benjamin Lakatos, the founder and Chief Executive Officer of MET Group, and reinvested the proceeds, including gains, from the divestments into the JV. KI will invest approximately €30 million (approximately $31.1 million) as start-up equity into Keppel MET Renewables. Subsequently, KI and MET Group will each hold 49.9 percent in Keppel MET Renewables, with the remaining 0.2 percent to be held by Lakatos.

Keppel MET Renewables will be seeded with an initial portfolio of 213 MW of early-stage solar projects in Italy from MET Group. These assets are expected to achieve commercial operations, in phases, between end-2024 and mid-2025.

Both Keppel Infrastructure and MET Group will leverage Keppel MET Renewables to accelerate the growth and transformation of their power generation portfolio towards more renewables and low carbon energy infrastructure assets. This further underscores the commitment towards achieving Keppel’s Vision 2030 goals and MET’s 2 GW renewables target. Upon the completion of this investment, the Keppel Group will have approximately 2.6 GW of renewable energy assets on a gross basis, including assets under development.

The demand for renewable energy in the European Union (EU) is set to grow rapidly given the European Commission’s strong emphasis to enhance the EU’s energy security as well as expedite the transition to green energy with a proposed 45 percent of the EU’s energy mix to come from renewables by 2030, an increase from the current 40 percent target suggested less than a year ago. The EU has a long-term goal of achieving climate neutrality by 2050.

“Solar and wind energy will be cornerstones for the EU to promote the uptake of renewables-based electrification in transport, heating and cooling, and facilitate the achievement of its energy transition aspirations. The European Green Deal and the REpowerEU plan give rise to vast opportunities for renewable energy projects and sector coupling across the EU economy which aim to set a more resilient and sustainable energy system,” said Ms Cindy Lim, CEO of KI.

“The initial portfolio of Italian solar assets offers an attractive platform for us to form a beachhead in the burgeoning renewables sector in Western Europe. Keppel MET Renewables will continue to pursue such opportunities in other Western European countries, such as France, Germany, Portugal and Spain, and take our business to the next level,” Lim said.

After these transactions, MET Group remains a majority management-owned company operating under joint control, and Keppel Infrastructure will keep its representation on the Board of Directors of MET Group.