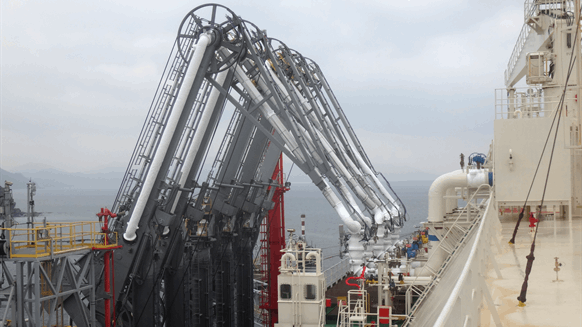 Freeport LNG has selected KBR for the EPC contract for Train 4 at its LNG export facility in Brazoria County, Texas.

KBR stated that it will provide engineering, procurement, construction, commissioning and startup of a nominal 5-million ton per annum (mtpa) LNG train and associated gas pre-treatment plant under the anticipated EPC contract. The company added that it was selected following a nine-month front-end engineering and design (FEED) verification, execution planning and EPC proposal process.

According to Freeport LNG’s website, the company is adding a fourth liquefaction train adjacent to the first three trains at its facility on Quintana Island in Brazoria County, Texas. The new 5-mtpa Train 4 will raise the facility’s total LNG export capacity to 20 mtpa, Freeport LNG stated.

“We are excited to be selected for this significant project, and to continue to grow our leadership position in gas monetization,” KBR President and CEO Stuart Bradie said in his company’s written statement.

The fixed price EPC contract should be concluded this quarter, KBR noted. In addition, the company stated that it expects a subsequent limited notice to proceed period that will include early engineering and commitment of critical long-lead equipment orders. KBR anticipates a full notice to proceed for the Train 4 project during the second half of this year.