Jones Act Is Making The US Diesel Shortage Worse 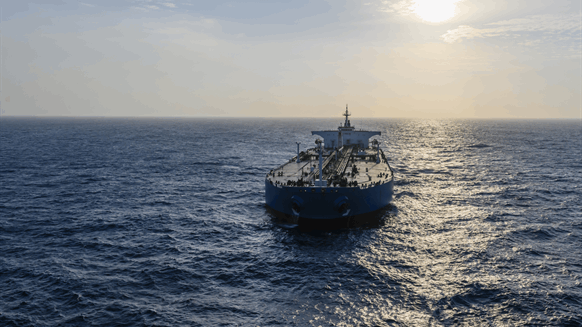 One of the main factors underpinning the price of diesel in the US is the Jones Act, making shipping fuel from one US port to another more expensive than sending it to Europe.

The Merchant Marine Act of 1920, popularly known as the Jones Act, requires all cargo shipped between US ports to use vessels that are built, owned, and registered in the US, and have US crews. Still in force after several revisions, most recently in 2006, it is one of the main factors underpinning the price of diesel in the US. As a result, it is playing a key role in keeping upward pressure on inflation and increasing the risk of a sharp economic slowdown next year.

Refining margins have soared to record levels this year. Prices have been much stronger for refined products than for crude, because of a global refining capacity shortage and disruption caused by widespread self-sanctioning as many countries stopped buying from Russia. The effect has been particularly marked for diesel.

As crude prices have declined since the summer, the average on-highway cost price of diesel has fallen slowly, dropping 7% since mid-June to $5.317 a gallon last week.

The low level of inventories underpins US diesel prices. US stocks of distillate fuel oil, which includes diesel, were about 106 million barrels in the first week of November, which is their lowest level on record for this time of year, in data that go back to 1982.

However, Mark Williams, Wood Mackenzie’s research director for short-term oils, says the aggregate US data give an over-simplified picture of what is happening in the market. The real shortage of diesel is regionally specific to the northeastern US, and to New York Harbor.

In most of the PADD (Petroleum Administration for Defense District) regions monitored by the EIA, distillate fuel oil stocks are broadly in line with their previous five-year ranges for this time of year. In PADDs 2-4, they are at or close to the lower end of the range, and in PADD 5, which includes the west coast, Alaska, and Hawaii, they are above it. It is only in PADD 1, the east coast, and PADD 1B, the Central Atlantic region from New York to Maryland, that inventories are well below their previous five-year range.

Those low levels of inventories in PADD 1B have an outsize impact on the market because the area includes New York Harbor, the delivery point for the diesel futures traded on Nymex.

The obvious solution to those regional imbalances would be to increase shipments of diesel from the other PADDs to New York. But because of the Jones Act, shipping fuel from one US port to another can be more expensive than sending it to Europe, which does not require US vessels and crews.

Europe is looking for diesel from all over the world, including the US because its companies have decided to stop buying refined products from Russia, which had been an important supplier. If US buyers want to bring diesel cargoes to New York, they must pay prices that are more attractive than the levels available in Europe.

As a response to distillate shortages, the Biden administration is reportedly considering requiring fuel suppliers to hold minimum amounts in their inventories over the winter. In principle, the idea could have some merit, if implemented at the right time. It would bring the US more into line with European countries, which often mandate that fuel suppliers hold specified volumes of refined products to help meet the International Energy Agency’s strategic oil reserves requirements. The UK and Switzerland, for example, have no publicly-owned oil reserves.

Compared to the US policy of holding crude in the Strategic Petroleum Reserve, the UK model can make it easier to relieve shortages if a crisis hits oil refining, rather than upstream production. But introducing new inventory requirements for the US fuels industry at a time when supplies are already tight would be likely to make the immediate problem worse, not better.

Wood Mackenzie’s Williams argues that there is a better way the administration could help relieve the diesel shortage in New York Harbor and put downward pressure on prices. “The quickest way to ease the situation would be to waive the Jones Act for a month or two,” he says. “If we could move more barrels around the US by sea, that would make a real difference.”

The administration has the power to issue waivers to the requirements of the Jones Act, but a change in the law in 2020 restricted its ability to use that authority. When the Department of Homeland Security issued waivers in September to allow emergency deliveries of diesel fuel and LNG to Puerto Rico in the aftermath of Hurricane Fiona, the move was criticized by some members of Congress.

Issuing waivers to ease the economic problems caused by high diesel prices would also be politically controversial. But if distillate inventories in New York Harbor continue to fall below normal levels through the winter, and prices stay high, the administration may eventually feel compelled to bite the bullet.