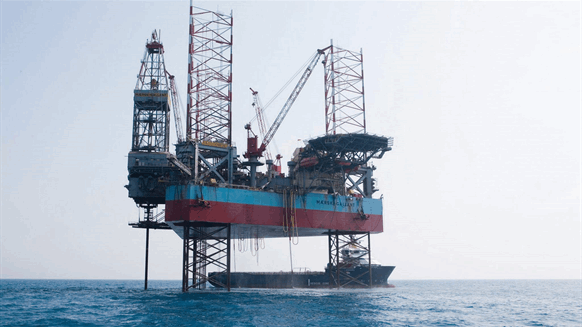 ADC Energy has won a contract with a USA-based LNG company to identify and select offshore drilling rigs suitable for conversion for LNG work.

ADC Energy said that it had already begun conducting audits to identify suitable drilling rigs as part of this contract. The deal involves international engineering teams selecting a range of drilling rigs that may be suitable for repurposing before assessing their design, condition, and operability.

The company added that it would also advise on the repurposing process in line with industry safety and operating standards, as it previously performed on the Maersk Gallant and Maersk Guardian jack-up rigs.

Although the client is left unrevealed, the fact that the Maersk Gallant and Maersk Guardian were mentioned it might mean that the client is New Fortress Energy which bought the two rigs from Maersk Drilling for refitting for its Fast LNG concept.

This novel approach to offshore gas field development is similar to the floating LNG (FLNG) projects of the previous decade but uses a jack-up platform to carry the liquefaction equipment instead of a floating hull.

At just 1.4 million tonnes per annum (mtpa) in capacity, such Fast LNG platforms will be smaller than the FLNG facilities of the past – and more agile.

A permanently moored FSU will serve as an LNG storage facility alongside the jack-up. The objective is to create an offshore liquefaction capability that can be deployed anywhere with abundant and stranded natural gas. Apart from the two rigs being acquired, New Fortress has also acquired Golar LNG Partners and its fleet of 13 LNG carriers for its logistics backbone.

As for ADC Energy’s announced contract, the director of the company Austin Hay said that, with the reactivation of stalled projects due to the Covid-19 pandemic, there is a real demand for efficient, fit-for-purpose assets across the energy industry.

“There is also a growing appetite for the repurposing of oil and gas assets for use in the renewable energy sectors and we are perfectly placed to conducted rig inspection and selection surveys to match operator requirements”, Hay added.

Another recently announced kind of jack-up drilling rig repurposing, which Rigzone recently reported on, is the Haldane project.