It Takes an Army: Women in Oil, Gas Encouraged to Mentor Others in Industry 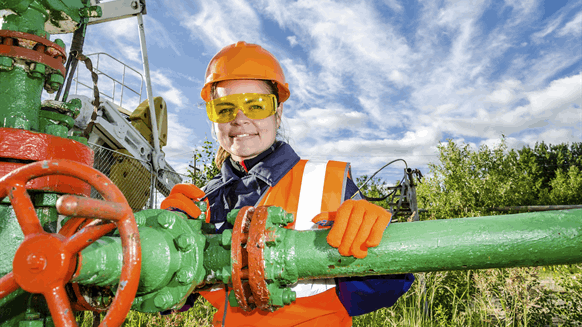 Oil and gas companies and industry professionals are taking an active approach to getting more women interested in STEM and helping them feel comfortable working in a male-dominated field.

Gender equality in oil and gas can take shape in numerous forms – equal pay, equal opportunities and equal representation in the workplace and in the boardroom.

Many energy companies have made strides in this regard and are continuing their efforts to achieve gender equality.

At a more foundational level, Schlumberger Ltd. has been using its Schlumberger Foundation to support science and technology education since its inception in 1954. Its flagship program, Faculty for the Future, was launched in 2004 and has a long-term goal of creating conditions that result in more women pursuing scientific careers by removing barriers women face when entering STEM disciplines.

Faculty for the Future fellows are selected with the help of Schlumberger scientists and executives in countries where economic conditions and women’s participation in the economy, politics and education is challenging. Fellows are expected to return to their home countries after completing their studies and actively contribute to socioeconomic and technological advancements by strengthening STEM teaching and research faculties.

“The Foundation has received what could be the best batch of highly-qualified candidates ever,” Schlumberger Foundation president Roseline Chapel told Rigzone.

She called the women “high achievers” and said they are extremely motivated and determined to make a difference in their field of work and their community.

“The fellowships represent the Schlumberger Foundation’s long-term investment in a community of highly qualified and recognized role models,” said Chapel. “This contributes to narrowing the gender gap in STEM disciplines by inspiring more women to study science.” Roseline Chapel is the president of the Schlumberger Foundation.

Ally Cedeno, who has worked offshore for 10 years, has actively worked to help other female offshore professionals through her online platform Women Offshore.

Women Offshore recently hosted their first event, UNITE, which was a meet-up in Houston. Cedeno said many women attended, even those who had moved on to different careers. One in particular – a well control instructor – mentioned that she wished Women Offshore existed earlier.

“She was there to offer support she wished she had when working offshore,” Cedeno told Rigzone.

“Women with decades of experience who have since moved on from the industry have stepped up to join the program to provide guidance and support,” she said.

Joe Everyman  |  September 20, 2018
You are not going to ever reach an equal representation due to women and men being fundamentally different in what their interests are. Most women do not pursue a STEM field because they don't want to, not because they aren't provide the opportunity. The data bears this out.
RELATED COMPANIES
Company: Schlumberger more info