Is the USA Shale Boom Over? 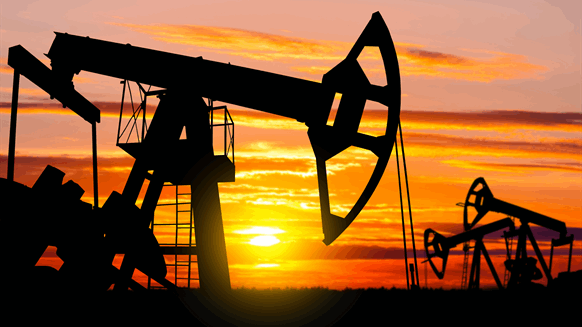 The U.S. shale boom is done, according to Stephen Brennock, an oil analyst at PVM Oil Associates.

“Several factors are behind the end of the U.S. shale boom,” he told Rigzone.

“First and foremost, capital discipline has usurped the production growth model of years gone by. Secondly, producers are facing mounting service cost inflation. And thirdly, the stock of top-tier acreage is falling resulting in reduced bang for your buck,” Brennock added.

When asked if the U.S. shale boom was over, Fitch Solutions Country Risk & Industry Research sent over a report to Rigzone, in which it stated that U.S. shale was “growing but slowing”.

“The bulk of non-OPEC+ supply growth will be led by the U.S.,” Fitch Solutions stated in the report.

“While we forecast growth to remain strong, we expect it will decelerate, falling from 5.5 percent in 2022, to 4.8 percent in 2023. The latter also marks a significant downgrade from the 5.9 percent we had forecast last month,” the report added.

“Growth is being hamstrung by ongoing cost pressures in the shale patch, which is offsetting a relatively healthy rise in capex. Many companies, in particular the larger and listed producers, are reluctant to spud more wells, instead recycling their recent excess revenues into increased shareholder distributions and debt repayments,” the report continued.

In a statement sent to Rigzone, Chetan Sharma, a Senior Associate Enverus Intelligence Research (EIR) said, “like many other forecasters, we have been surprised by the slow pace of supply growth in the U.S. through 2022 and attribute it to the degradation of average well performance in the Permian Basin as well as lagging oil field service capacity”.

“We expect private operator inventory exhaustion to drive a plateau in Permian supply growth by the end of the decade,” Sharma added.

Asked if he thought the U.S. shale boom was done, Luke Smith an analyst at Westwood Energy Global, told Rigzone, “booms are not solely measured by population size but also by competition, and the U.S. onshore oilfield continues to be a competitive landscape among service providers”.

“The emphasis on electrification of drilling and completion operations has led to power generation and distribution challenges which are being solved by new entrants and existing businesses. Lateral lengths are getting longer, and pads are becoming denser, which strains logistical and hydraulic horsepower resources on the completion side,” he added.

“In response to these challenges, companies are offering mobile mini-mines which are closer to the well head, wet sand which does not require expensive and time consuming drying, and simultaneous frac operations which put the zipper frac into overdrive,” Smith continued.

“These are just some of the challenges facing the industry and some of the solutions being provided due to the sustained high activity levels. With SPR drawdowns on the decline and China’s curtailment of Covid restrictions, there seems to be potential for further growth in the U.S. onshore,” Smith went on to note.