Is the Oilfield Services Rally About to Ebb? 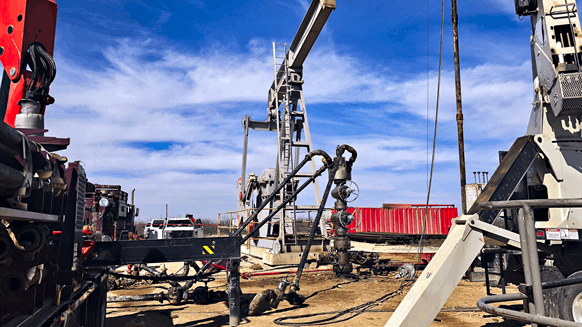 Here are some trends to watch this week in the oil and gas markets.

A key oilfield services (OFS) sector financial indicator has shown impressive growth for nearly three months, but one of Rigzone’s regular prognosticators ponders whether OFS may be due for a correction. Read on his for his perspective, along with other views on current trends, in this installment of what to watch this week in the oil and gas markets.

Tom Curran, Senior Energy Services and Equipment Analyst in Equity Research, B. Riley Securities: Did last week’s pullback in the stocks mark the start of this primary uptrend’s first trading correction? We’ve held that the OFS universe is in a new primary uptrend, meaning that, with each retreat and rally of 10 percent or greater, the PHLX Oil Service Sector Index (INDEXNASDAQ: OSX) should see higher bottoms and higher tops.

The rally that kicked off this primary uptrend has been one for the record books, both in terms of magnitude and duration. Having started on October 28, it’s seen the OSX climb for 58 trading days straight with only one meaningful pullback that stopped just shy of a correction (i.e., a sell-off of at least 10 percent), lifted the index to its highest close since late February of 2020 and driven a significant rerating of valuations. At its peak close rally-to-date, the OSX finished on January 14 at $54.40, a staggering 107 percent above where the index settled on October 28, at $26.30, which concluded the final correction of the last primary trend, which was down. On Thursday, the OSX closed at $49.09, off 9.8 percent from that January 14 apex. Will follow-through on Friday or a continued decline … (this) week finally usher in this primary uptrend’s first correction?

Jamie Webster, Senior Director, Boston Consulting Group Center for Energy Impact: Market attention is on the Biden administration's first policy pushes, to include putting federal oil and gas permits on hold for 60 days. While this is grabbing the financial markets’ attention, it will have no effective impact on the physical market. Instead operators are realizing that with oil prices now firmly in the $50-plus per-barrel range, it may be time to start drilling again – and the rig count in the U.S. is again on the upswing. While companies are dealing with still-significant constraints, for those that can it is time to get to work – and with nine weeks in a row of rises, … (this) week is likely to be the 10th. But the demand concerns remain and, while mobility in some regions is rising, the pandemic will continue to keep a lid on outsized growth until the level of vaccinations rises significantly

Tom Seng, Director – School of Energy Economics, Policy and Commerce, University of Tulsa’s Collins College of Business: The market will be evaluating the odds of success for any stimulus plan promoted by the new administration to pass Congress, as well as their plans to improve the vaccine rollout.