Is the Canadian Oil Patch Nightmare Over? 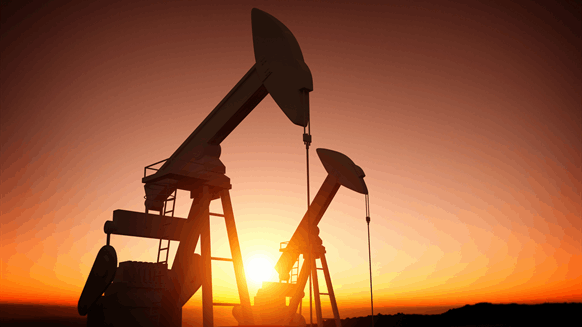 Energy executives are heartened by recent developments, but realize the industry's all-clear signal has yet to be sounded.

Last year, the lack of adequate pipeline and rail export capacity to handle growing oil output drove the discount for Canadian oil prices from those in the U.S. prices to nearly $52 per barrel.  The discount drove Canadian wellhead prices below $10 per barrel, well below breakeven levels, and cost the industry and the Alberta province billions in revenues.  For the province, the impact was both from lost royalties along with smaller corporate income tax collections.

The oil export cap resulted from years of conflict between Alberta and its neighbor to the west, British Columbia, but equally due to the province’s conflict with the federal government’s environmental policies.  The root of opposition to new pipelines was the green agendas in rising in BC and Ottawa, which are predicated on the desire to eliminate fossil fuel use.  Although BC has a meaningful oil and gas business, the industry dominates Alberta’s economy, and the downturn has taken a toll on company finances, forcing the termination of thousands of white collar and field work jobs, while depressing share prices.

The political landscape for energy began changing with the 2013 BC election that brought a Liberal leadership antagonistic to fossil fuels to power.  That opposition became more extreme four years later with the election of a minority New Democratic Party, which gained political control with the support of the Green Party.  The minority government embraced a more extreme anti-fossil fuel platform, including fighting the construction of any new energy pipeline and export facility.

In 2015, Alberta elected the New Democratic Party with a philosophy of limiting consumption of oil and gas, as well as developing new industry infrastructure.  The NDP struggled with its policies, as it recognized that energy remains the economic lifeblood of Alberta.  The BC and Alberta energy battles were intensified with the 2015 federal election that installed the Liberal Party, headed by Prime Minister Justin Trudeau, with its anti-fossil fuel agenda.

The political landscape has begun shifting with the Conservative victory in this year’s Alberta election.  The new leadership promised to dismantle the NDP energy policies, and is in the early stages of doing so.  The energy battleground may be shifting.  The BC Court of Appeal ruled last week that the province cannot implement proposed restrictions on new pipelines crossing the province as that would usurp the legal regulatory power of the National Energy Board, charged with regulating all new pipelines in Canada.  The ruling will likely be appealed to Canada’s supreme court, but the twinning of the Trans Mountain Pipeline can now move forward.

Another surprising development is the proposal by national Green Party leader Elizabeth May to get Canada off fossil fuels by 2050, but in the interim it should stop importing oil and rely totally on domestic output.  Complete Canadian energy independence is impossible without the construction of TransCanada’s Energy East pipeline, which was killed by political opposition in Ontario and other eastern provinces, to haul Alberta oil to Eastern Canada.

Alberta’s election results, the BC court ruling, the Green Party’s proposal to rely on domestic oil, and Prime Minister Trudeau trailing in his re-election bid this fall are all signs of the public’s rejection of the extreme anti-fossil fuel political agendas that had swept the country.  Energy executives are heartened by these developments, but realize the industry’s all-clear signal has yet to be sounded.  For an energy industry beset by five years of despair, any green shoots of relief are welcomed, but not yet sufficient to stimulate increased activity.  Maybe 2020 will be the year of industry recovery.