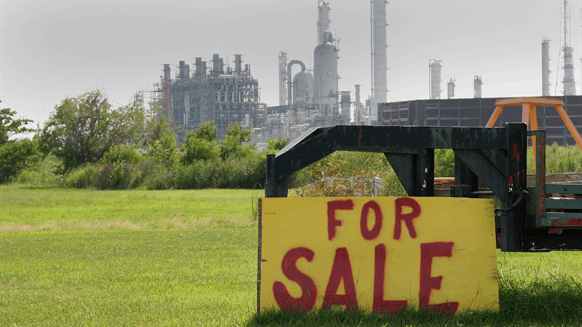 Rigzone looks back at oil and gas market hits and misses for the week ending June 4, 2021.

Major oil and gas companies face mounting pressure from shareholders to cut emissions of greenhouse gases (GHG) from their refineries and other facilities. A relatively simple approach to address concerns about emissions is to sell assets. Although whittling down a company’s portfolio may burnish the individual firm’s environmental profile, is the overall environmental value of such an action plan essentially nil? One of Rigzone’s regular prognosticators examines the question in this week’s review of oil and gas market hits and misses. Read on for his and other insights.

Tom McNulty, Houston-based Principal and Energy Practice leader with Valuescope, Inc.: OPEC+ announced it will release more oil on to the market next month. It should amount to an additional 2 million barrels per day (bpd), if we count what they claim to have added in May and in this month. The market seems to think it’s not enough, because fuel demand continues to rise in North America and in Asia, and Brent and WTI continue to go up. I continue to reiterate that American production can and will also rise, putting more barrels on to the market. Producers here have learned to make barrels with more efficiency and less debt.

Phil Kangas, Energy Advisory, Partner in Charge for Natural Resources & Mining, Grant Thornton LLP: As United States economic activity resumes with each additional vaccination, so grows demand for oil. Demand factors for the world’s largest oil consumer, such as the return to summer travel season, continued to drive up the price of oil. Additionally, OPEC+’s decision to continue with their plans to return measured supply to the market further spurred the upward price trend this week, as Brent topped $70 per barrel and WTI was not far behind. With oil prices now at levels not seen since before the pandemic, it is no surprise to see the steady increase of rig counts.  Baker Hughes (NYSE: BKR) noted operational assets this week reaching 457, up over 50% from this time last year.

Mark Le Dain, vice president of strategy with the oil and gas data firm Validere: After the Cimarex (NYSE: XEC) and Cabot (NYST: CBT) announcement there continue to be questions around Cabot’s remaining inventory. It will be interesting if the increased inventory focus drives additional deals, as there are multiple names that potentially only have a few years left of Tier 1 (i.e., highly developed) locations that may see that response and look to increase their own runway before they get the same questions. It’s a tough business as, right when things are working well on the pricing side with supply restraint across the globe, the market wonders how many years you can benefit with your assets.

Kangas: In the U.S. and Europe, last week saw pivotal developments for oil majors navigating the market transition in operating models driven by climate change. For the first time in history, a company was directed to align policies with the Paris Climate Accords as a Dutch court ruled that Shell (NYSE: RDS.A) must reduce its carbon emissions by 45% by 2030 from 2019 levels. At ExxonMobil (NYSE: XOM), an activist hedge fund successfully elected new independent directors as board members to shake up the company’s energy transition strategy and better align its business model to decarbonization goals. At Chevron Corp.’s (NYSE: CVX) annual meeting, shareholders voted 61% in favor of a proposal to cut emissions generated by the use of the company’s products, reflecting frustration the company is not doing enough to tackle climate change. Even French oil major Total (NYSE: TOT) announced it was rebranding to TotalEnergies, a move shareholders nearly unanimously approved, reflecting its strategic transformation into a broad energy company “producing and providing energies that are ever more affordable, reliable and clean.”

McNulty: A Dutch court ruled that Shell has to cut its greenhouse gas (GHG) emissions 45% by 2030, based on its reported 2019 levels. Setting aside for a moment if that is even physically possible, what might be the fastest way to do it? Divestitures. Shell will sell lots and lots of assets. But if you sell assets that produce GHG to someone else, if they do not shut them down then how have you lowered net global GHG emissions in any way?