Is Rig Count a Reliable Production Gauge These Days? 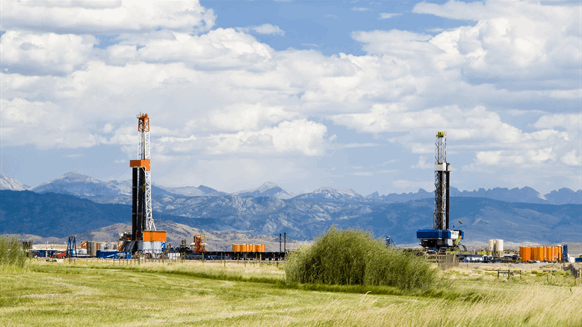 The link between oil and gas output and the rig count may have come adrift.

The rig count today is no longer a leading indicator of U.S. oil output.

Advances in technology and hydraulic fracturing techniques have made drilling operations more productive and cost-effective at finding and pumping out oil and gas from ever deeper locations underground. Rising oil prices culminating in over $100 a barrel in 2014 financed major investment in exploration and additional acreage in rich shale basins including the Marcellus, Haynesville and Eagle Ford plays. At the same time rigs were retired from less productive fields, where the economics of producing oil and gas were low, and put to work in newer higher productive plays, most notably the rich Permian Basin.

New and better designed rigs incorporating the latest technology suitable for horizontal drilling in shale plays and development of multi-pad site drilling have greatly enhanced productivity and at the same time reduced costs. Incremental innovations in rig design have cut rig down-time for maintenance and rigs can now be routinely disassembled, moved a hundred miles and be ready to operate at the new site within just 49 hours. The development of rig assembly at ground level which has made the crane redundant, also contributed to enhancing the shale industry’s productivity.

Advanced drilling technology incorporating new materials and smaller drill bits alongside advances in drilling mud lubrications, have speeded up drilling and allowed for deeper as well as greater horizontal penetration of shale rock. This is not to forget the widespread adoption of a multi-well drilling pad which also increased speed of operations.

Economies of scale and incremental experience alongside advances in rig design, horizontal drilling and actual drill manufacture combined to boost productivity exponentially which in turn helped attract a continuous stream of investors. Simultaneously, smarter management has resulted in smarter operations. In consequence, shale energy production is a success story which turned the U.S. into the world’s leading oil producer.

So is the rig count a useful indicator?

One thing is certain, by itself, the number of rigs in operation, is no longer a useful guide for investors, analysts nor energy traders since it only gives a partial picture of industry activity.

While the rig count will remain emblematic of the shale industry, other metrics, including physical oil and gas output from major fields, recruitment trends and announced spending plans by field operators and service companies such as Baker Hughes, Halliburton and Schlumberger, are needed to give a more comprehensive view of the industry’s activity and prospects.

However, 2020 is turning out to be a terrible year for rig operators. Crude prices collapsed from $70 at the start of the year to under $30 today, thanks to record inventory and the impact of the Covid-19 epidemic on demand. The near halving of the number of rigs in operation from 791 to just 408 in May is a rational response to market conditions. However, the resulting drop in output has been negligible. Production has dropped from a record 13,000 thousand barrels a day in January 2020 to about 12,100 thousand barrels a day in May, [iv] a stark illustration that the rig count is a poor indicator of current output, let alone prospects over coming months.

Rudolf Huber  |  May 21, 2020
I am no driller but even I understand that not every rig is equal to any other. There are the BMW's of the drilling world just like the old VW beetles of drilling. I expect some of the old iron to get culled which would be a good thing. But as I said, I am not a driller.
Jakob Reith  |  May 15, 2020
Let me add that with a 400+ drop in oil rig count the consequence, assuming again an initial production of 1000 barrels/day would lead to a drop in oil production of about 400.000 barrels per day every 3'th or 4'th week since the current rig working time have come done to a few weeks. Again include curtailment and rapid decline of existing wells.
Jakob Reith  |  May 14, 2020
Rig count is still a reliable production gauge these days, if you take a number of parameters into account in the equation. For example today's rig count revealed another decline of oil rigs by 29 down to 369 in the 9th straight week of double digit drops.In total it is a 55% drop of oils rig in nine weeks. Assuming these essentially shale wells would have an initial production of 1000 barrels/ day, the rig count predict an initial decline of about 400.000. barrels/day in addition to the the rapid decline from existing wells and shut-in production.