Is a Healthier Oil Market on the Horizon? 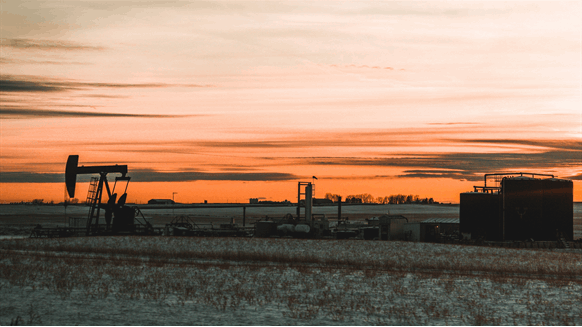 A number of high-profile mergers and acquisitions (M&A) have taken place this year or are underway, with two such deals reported just this week. One regular Rigzone panelist contends such M&A agreements should benefit the broader oil and gas market. Another points out that the scope of acquisition targets so far has been limited. Read on for more details.

Mark Le Dain, vice president of strategy with the oil and gas data firm Validere: Consolidation continued with Pioneer purchasing Parsley. This is a good sign that access to capital is limited, as it drives M&A with minimal premiums, and is likely to lead to a healthier, balanced market. As the consolidators increase in size, they are increasingly focusing on the characteristics desired by a broader investor set: free cash flow and return of capital.

Tom Curran, Senior Energy Services and Equipment Analyst in Equity Research, B. Riley FBR, Inc.: As part of the U.S. land outlook that Halliburton shared on its third-quarter earnings call, Chairman, President and CEO Jeff Miller predicted that this oilfield recovery’s defining activity trend-to-date would persist into 2021. That is the stark, post-bottom bifurcation that’s occurred in the trajectories of the working land drilling rig and active frac spread counts. Miller said:

We expect North America land completions activity to increase by a double-digit percentage as operators deplete their DUC (drilled-but-uncompleted well) inventory. We expect rig counts to lag completions and not step up materially before year-end … We’re seeing DUC activity now. We’ll see DUC activity, I suspect, into next year. And then, the drilling activity would follow that … So, I think we can see a path (for the U.S. active frac spread count) to 200 in 2021.

The weekly counts have been on dramatically different courses. The Primary Vision active frac spread count bottomed out back in mid-May at 45 units and, with last Friday’s measure (Oct. 16), hit a new recovery high of 130. Meanwhile, the Baker Hughes land drilling series didn’t trough until mid-August at 231 rigs and, as of last Friday’s reading, had only rebounded to 268.

Barani Krishnan, Senior Commodities Analyst, Investing.com: The crude draw of just over 1 million barrels reported by the U.S. government were largely within expectations. The gasoline and distillates numbers weren’t.

Krishnan: The gasoline build of 1.9 million was a surprising 180-degree turn over forecasts. Of course you can argue that number isn’t as remarkable as what it seems, given the typical slowdown in U.S. driving activity at this time of year. Yet, oil prices took a whopping four-percent hit on the gasoline build as traders again fretted about fuel demand in the pandemic era.

The largely diesel-based distillates draw of 3.8 million barrels also stood out for being double to expectations. That could be due to delivery-and-trucking activity that continues to be the number one proponent for petroleum demand, as many people remained cloistered in their homes, ordering everything from clothing to groceries.

To me the most surprising feature in the weekly government report was the production estimate, which was revised down by 600,000 barrels per day (bpd) to 9.9 million bpd last week. That doesn’t gel at all with the rise since mid-September in the U.S. oil rig count, which signals more drilling for crude. I think some of the impact of this month’s Hurricane Delta, which shut down more than 90 percent of U.S. (Gulf of Mexico) crude production, has been overestimated on the production side of the report. It remains to be seen if this will be worked through in the coming week’s report.

Vladimir Putin’s remark that Russia did not rule out keeping existing curbs on global oil output were also the clearest signal yet that Moscow has Riyadh’s back on OPEC+ oil cuts, after the very public fallout between the two just six months back.

Curran: Among the U.S. shale producers long considered the most attractive acquisition targets, the past week saw not only one decide to sell to its recently rumored suitor but two others agree to combine. So, a late-2020 wave of upstream M&A has materialized but, so far, it’s been on the E&P – not oilfield services – side. In the first deal, announced early Monday (Oct. 19) morning, ConocoPhillips had reached terms to acquire Concho for equity consideration that represented a valuation of $9.7 billion and a premium of 15 percent to Concho’s closing stock price on Oct. 13, when Bloomberg first reported the two were in merger talks.

News of the second broke the very next afternoon (Oct. 20) at 4 p.m. Eastern time: Pioneer Natural Resources had agreed to acquire Parsley Energy for equity consideration that equated to a valuation of $4.5 billion and a premium of eight percent to Parsley’s close that day. Like the U.S. upstream universe’s last two big transactions, Chevron-Noble Energy (announced July 2020) and Devon Energy-WPX Energy (Sept. 28), these two are all-stock deals. The sequence of pre-deal news stock close premiums for the four deals is: 7.5 percent, three percent, 15 percent and eight percent.

Le Dain: The market continues to be surprised by how tight the natural gas market is. LNG export disruptions this summer, given the active hurricane season, clouded some of the numbers and now you have export arbs for LNG increasing at the same time that the deficit is becoming clear.