Iran Sanctions and the Oil Market: Three 'What If' Scenarios 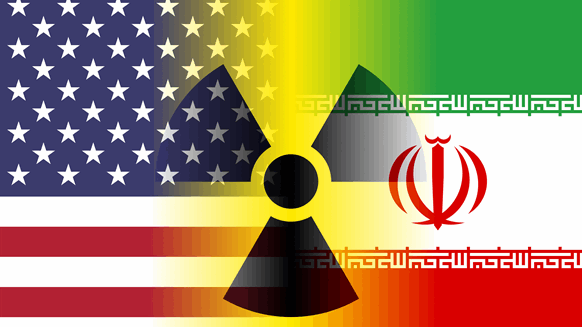 It's unclear whether the US will have company in re-imposing sanctions on Iran.

Earlier this month, President Trump ended the United States’ participation in the Joint Comprehensive Plan of Action (JCPOA) – better known as the “Iran nuclear deal” – that had lifted various sanctions on Iran. Subsequently, the U.S. Department of the Treasury and other federal agencies have begun the process of re-imposing sanctions in an effort to put financial pressure on Iran’s rulers.

The JCPOA, and the easing of curbs on outside investment in Iran’s oil and gas and petrochemicals sectors, had generated significant interest from multinationals. However, the Trump administration’s decision has put plans by Total and others on hold. It has also generated criticism from other players on the world stage.

Other parties in the JCPOA, particularly the European Union and the United Nations, have not announced plans to join the United States in re-imposing sanctions on Iran – but what if either or both pursue that course of action? To gain some perspective on possible oil market repercussions if the U.S. unilaterally re-imposes sanctions or is joined by the EU and/or the UN, Rigzone recently turned to Elif Kutsal, solution manager with McKinsey Energy Insights. Read on for her take on the three “what if” scenarios.

Scenario 1: Only the U.S. reinstates the sanctions.

Market fundamentals are not expected to change structurally given that Iran doesn’t export crude oil or refined products to the U.S. and exports go mainly to Europe (20 percent) and Asia Pacific (80 percent). Therefore, if the sanctions are only limited to the United States, then this could cause short-term volatility in prices until a new/revised agreement framework is put in place. Despite recent exit signals by European players, potential capital availability from Asian national oil companies (NOC) and, as of now, the European Investment Bank is likely to offset any adverse effect on Iranian production growth.

Scenario 2: Europe joins the U.S. in re-instating the sanctions.

Up to 400,000 barrels per day (bpd) of Iranian exports and production would be directly at risk. Limited Iranian access to capital and technology could further curb future production growth. Such a scenario could have a longer-term effect on prices, however other OPEC members have the spare capacity to compensate for the lost volumes and limit price fly-ups. Asian refineries are likely to keep buying Iranian crude, and capital availability from Asian NOCs should eventually replace some of the limitations in cash inflows.

Under this scenario we could see Iranian exports and production decreasing by 1.2 to 1.3 million bpd. This is likely to disrupt global supply dynamics structurally and result in higher prices. Additionally, there could be serious consequences for the future production outlook in Iran with an outlook similar to pre-2016 levels, assuming access to technology and funding would be again restricted.

“As of now, there is global pushback against the U.S. reinstating the Iranian sanctions, making the current situation markedly different from when the last round of sanctions was imposed,” concluded Kutsal. “It is important to keep this fact in mind when contemplating the effect of the sanctions on the global oil market.”