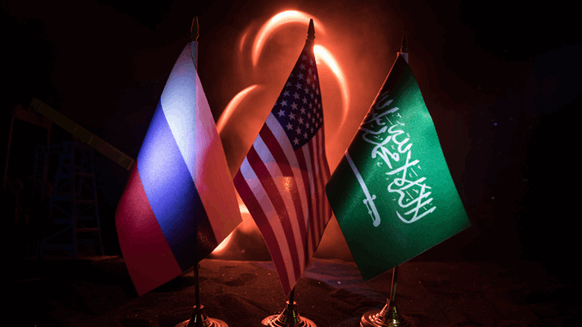 The Interstate Oil and Gas Compact Commission has passed a resolution urging the Trump administration to investigate 'excessive dumping' of crude oil by Saudi Arabia and Russia.

The Interstate Oil and Gas Compact Commission (IOGCC) has passed a resolution urging the Trump administration to investigate “excessive dumping” of crude oil by Saudi Arabia and Russia and “take appropriate action”.

The resolution was brought forward by Texas Railroad Commission (RRC) Chairman Wayne Christian, who said that the federal government must push back against international efforts that harm American energy dominance.

“For much of 2019 and early 2020, Saudi Arabia shipped relatively little crude to America, with average arrivals running at about 475,000 barrels a day,” Christian said in a statement posted on the RRC’s website.

“After the Covid-19 pandemic crippled the U.S. oil and gas industry, Saudi Arabia shipped 1.3 million barrels a day to our nation, roughly four times February’s daily volume and the highest figure since 2014,” he added in the statement.

“Flooding the market during ongoing negotiations with President Trump and the international community is disingenuous,” Christian continued.

The IOGCC is a multi-state government agency that works to promote the conservation and efficient recovery of U.S. oil and natural gas resources while protecting health, safety and the environment, according to its website.

IOGCC was created more than 80 years ago when six states joined together to resolve common issues and share best practices for industry regulation to minimize federal intervention. The majority of U.S. states are now IOGCC member states. Christian was appointed to the IOGCC as the official Texas representative by Texas Governor Greg Abbott back in April 2017.