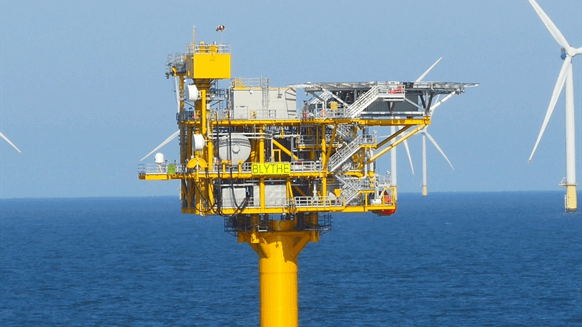 IOG has continued its operations at the Saturn Banks Phase 1 project, agreeing Southwark A1 well resumption plan and progressing A2 well towards first gas.

IOG, UK’s net zero gas infrastructure operator has devised a plan to resume operations at the Southwark A1 well, while the Southwark A2 well progresses towards first gas around year end.

The company informed in an operational update that the well stimulation vessel SLB Biogrange XVIII is scheduled to start mobilizing to Southwark and A2 hydraulic stimulation operations are set for early this week. First gas is expected around year end, subject to stimulation progress and operational risks to final hook-up and commissioning

The operator has also agreed a resumption plan for Southwark A1 well directly after A2 with first gas expected by early second quarter of 2023.

IOG also noted that the Saturn Banks Pipeline System (SBPS) has been depressurized as planned to enable safe installation of final subsea spool connecting to Southwark over the coming days. October gross average production reached 15.8 mmscf/d at a volume weighted average price of 164 p/therm, with 59 percent uptime driven partly by the depressurization.

Production is expected to restart in late November, subject to operational risks and Perenco Bacton terminal maintenance, which commenced overnight 4-5 November. Dewatering and backgassing of the SBPS outer section to Southwark are planned to be completed during the shutdown.

“The IOG team is addressing recent operational challenges in order to restore forward momentum across the business. Our new COO Dougie Scott and I have set clear short, medium and longer-term objectives that can unlock shareholder value from our diverse portfolio of gas and infrastructure assets. I am much encouraged by the renewed focus and commitment of everyone at IOG to mitigate risks and deliver these objectives,” Rupert Newall, CEO of IOG, commented.

“For the remainder of 2022, our top priorities are safe and timely resumption of Saturn Banks production after the Bacton shutdown and successful stimulation to deliver first gas at the Southwark A2 well. The pipeline depressurization and stimulation vessel mobilization announced today are two steps towards these goals. Additionally, having assessed several A1 drilling options in light of well conditions to date, we have decided on an optimal plan to complete and bring it on stream after A2,” Newall said.

He further added that the increase in cash generation from both Southwark wells can underpin the multiple further value adding activities IOG are planning over coming months, including Blythe production optimization, progressing Nailsworth as part of a wider Central Hub development with Elland and Panther, the appraisal campaign at Goddard and Kelham, evaluating the commercial potential of the Grafton area (P2589) via seismic reinterpretation, and submitting bids for a range of complementary assets when the 33rd Round closes in January.