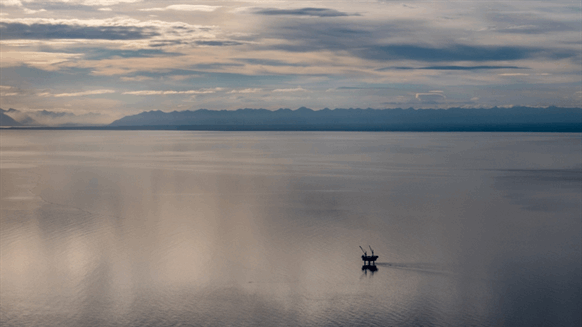 The BSEE and US Coast Guard are conducting an investigation into a fatality in the Gulf of Mexico.

Offshore oil and gas operator Petrobras America Inc. reported a fatality onboard the Petrobras 10,000 drillship, owned by Transocean Ltd., and the Bureau of Safety and Environmental Enforcement (BSEE) and U.S. Coast Guard are conducting an investigation into the incident, according to release by BSEE.

The fatality happened about 4:45 a.m. Dec. 2 in an area of the U.S. Gulf of Mexico known as Walker Ridge 469. The deceased individual worked for Spencer Ogden Ltd. and was a floorhand involved in pipe handling operations at the time of the incident.

In a safety alert issued by BSEE, it stated the worker on the rig floor “positioned between a stanchion, on the port side of the rig floor with his back to the retracting skate, when it moved causing the ‘loading platform’ of the skate to pin him against the stanchion.”

No other personnel were harmed and there was no pollution as a result of the incident.

Inspectors have begun conducting a thorough investigation into the cause of the fatality.

James Rushing  |  December 09, 2017
The pipe handling system operator is in control of the pipe handling system and should be positioned in such away that he can see all personal that are involved with moving the drill pipe from the pipe rack deck to the position to makeup each joint of pipe from the point it inters the drill floor to the point of makeup at the rotary table. Pipe handling systems have electronic safety functions that shut down automatically once it moves out of its projected course. I have found in the process of my inspections throughout the years that many pipe handling operators will put the safety system in by pass mode when a peace of equipment moves out of its required location to operate safely. When the system is put in by pass all safety shut downs are none operational and equipment can move outside of its safe working limits. I am a self employed drilling equipment inspector that follows all the equipment manufactures operations recommendations and all codes and standards that apply.
Terry Kennedy  |  December 08, 2017
A sad day it is when loosing anyone in the Industry Onshore and or Offshore which I've myself worked in the Safety Profession for 21 years especially coming on christmas time when families get together.I could only guess am looking at compliance to their JSA,Risk Assessment prior,Line of Fire,Team work,communication,Pinch points,mind on task this will all come out in the investigation. obviously the facts which are most important to prevent this from happing will all come out in the investigation my heart goes out to the crews and management onboard God bless you all. Terry Kennedy NCSO,HT,HLO,FMC