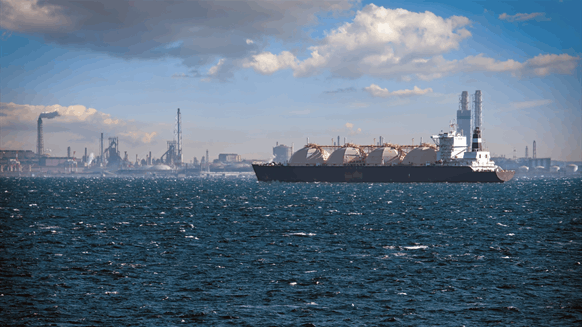 The proposed FSRU Project will be the first to be developed and commercialized in the UK.

InfraStrata plc has signed a term sheet with West Face Long Term Opportunities Global Master L.P., to acquire Meridian Holdings Co., under which sits the proposed Floating Storage and Regasification Unit Project located in Barrow-in-Furness, northwest England. The FSRU Project will be the UK's first to be developed and commercialized.

“Given that more than 30% of the UK's natural gas supplies arrive via LNG cargoes, the FSRU Project is ideally positioned to take advantage of LNG arriving in the UK and seeking storage and regasification,” InfraStrata said in a statement.

The project includes developing a floating LNG receiving facility offshore Barrow-in-Furness, Cumbria, in northwest England, and is designed to deliver regasified volumes of natural gas directly into the UK market through the National Transmission System interconnection at Barrow-in-Furness. The estimated cost of the project is approximately £350m-£450m, which will be funded by a consortium of partners.

The deal represents estimated project revenues of about £80-£100MM annually with a 25-30 year project life. The total consideration payable to the vendor at final investment decision is £8m, and closing is expected on or before July 2020.

According to InfraStrata, at a projected capacity of approximately 5-6 million tonnes per annum, the FSRU is expected to add to the UK's security of gas supply by:

John Wood, CEO of InfraStrata, said: "I am very pleased that we have now signed this term sheet, leading to the formal sale and purchase agreement over the course of the next couple of months. This is the culmination of many months of hard work by the InfraStrata team. The continued traction that we have been receiving from global players within the LNG markets since the day we announced the exclusivity agreement last year, validates our belief that this FSRU Project is strategic and crucial to the UK's future natural gas supplies.”