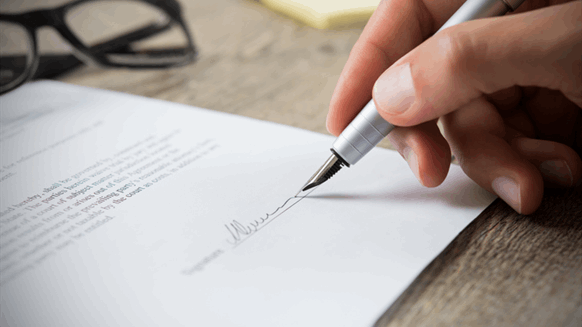 In a statement posted on social media site Twitter, Polis said he was “proud” to stand alongside bipartisan elected officials, environmental organizations and the oil and gas industry to sign the bill.

Today, we take a step to ensure the health & safety of our communities & give local communities a meaningful voice in the activities in their neighborhoods. I am proud to stand alongside bipartisan elected officials, environmental orgs, and O&G industry to sign #SB181 #copolitics pic.twitter.com/BwHckXJKDx

“From the introduction of the measure early last month, our industry vigorously opposed the policy and the process. Senate Bill 181 remains a threat to one of the foundations of Colorado’s economy,” he added.

“We are appreciative that legislative leaders heard our concerns and worked with us to begin to address them. Colorado’s energy future is too important to be wielded as a partisan weapon, and all Coloradans deserve to know the consequences of this bill, both intended and unintended,” Marter continued.

The CPC representative said that while Senate Bill 181 remains “deeply flawed”, Governor Polis and state officials have pledged to work with industry to create “a reasonable regulatory framework that works for all Coloradans”.

In an organization statement posted on its website last month, the American Petroleum Institute said Senate Bill 181 would “at the very least hinder, if not prohibit” energy development in Colorado, “directly threatening hundreds of thousands of jobs, billions of dollars of state revenue and hundreds of millions in education funding”.

Satcatchet  |  April 18, 2019
I see a major directional drilling oppratunity for the surrounding states to suck all of Colorado's oil dry.
Caronski  |  April 18, 2019
If you think this is bad wait till you read the new greenhouse gas emissions and climate change bill the Colorado state house just passed yesterday besides sb-181.The energy and utility companies are going to be ruined as well as us consumers who will no longer be able to pay our bills. Thanks dummies who voted for this uber global socialist governor and legislature. And thanks never Trumper republican party in the state of Colorado.This state is done for financially .
RICHARD  |  April 17, 2019
We had a bill like this on the November ballet that got voted down. Now the new legislation has taken it upon themselves to push it through despite what the public voted on. Now to wait for the oil field to crash again and unemployment to go up and the housing market crash, again.
Bill Flaherty  |  April 17, 2019
A Haiku Ignorance: On both sides. Cause of the problem. The lawyers will settle it.
Russell Karna  |  April 17, 2019
Colorado is the "New" California. Hope your cost of living skyrockets. And don't blame Trump.
Randy verret  |  April 17, 2019
I tip my cap to the masterful disinformation campaign waged by all the "Keep it in the Ground" funded types who made SB 19-181 a reality. Basically, the whole premise is a false narrative that the COGCC was NOT considering health & safety in their "dual mandate" and somehow, there is a significant conflict in the way State oil & gas regulations were structured & enforced. Of course, industry played into all the "drama & theater" by long being dismissive of the "activists" and relying too heavily on the notion that existing State law would prevail and that economic arguments would offset the FEAR mongering. Well, here with sit with a very unclear path as to how COGCC (now) will promulgate revised regulations to fit the new mandate and uncertainty regarding local municipalities jurisdiction. Unintended consequences? I'm sure plenty of lawyers can't wait to start weighing in on subsurface property condemnations, amongst a number of other factors that will spill out of this legislation. Like the old saying goes. Careful what you wish for...