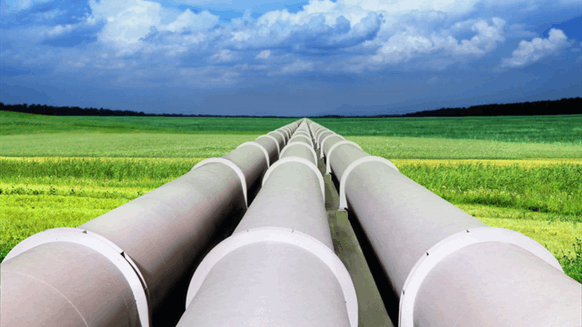 The Independent Petroleum Association of America (IPAA) welcomed Trump’s actions, with IPAA Executive Vice President Lee Fuller stating in an organization release that the IPAA “consistently has supported development of much needed infrastructure to transport America’s oil and natural gas resources to consumers”.

Fuller added that the IPAA supports, in particular, the aspect of the executive orders that calls on the Environmental Protection Agency to update the interim 2010 guidance over permitting under Section 401 of the Clean Water Act (CWA).

“This guidance, overdue for updating, has allowed for implementation of the CWA in a manner inconsistent with the statute and to inhibit projects that are clearly in interstate commerce,” Fuller continued.

AOPL President and CEO Andy Black stated in an organization release that the President “knows pipelines are good for the American economy, create good-paying jobs and help consumers”.

Commenting in an AEA statement, the organization’s president Tom Pyle said, “for America to operate from a position of strength, we must have the critical energy infrastructure to deliver affordable energy to power our lives”.

Pyle stated that the executive orders are an attempt to make necessary changes to ensure federal statute is properly interpreted and followed and make certain that politically motivated delays blocking pipeline infrastructure come to an end.

“It’s time to let America’s energy flow freely through pipelines which are a proven, safe, and efficient way to transport our resources,” he added.

“Demand for Texas’ abundant and affordable supply of clean burning natural gas necessitates modernized infrastructure regulations so that Texas can continue to provide domestic energy security and global stability and make the air cleaner at home and around the world,” Staples stated.

“Politically-motivated delays and pipeline bottlenecks in the Permian Basin and around the United States are hindering growth,” he added.

Don Santa, president and chief executive officer of the Interstate Natural Gas Association of America (INGAA) said the organization is pleased that the administration is building upon earlier actions to streamline the permitting and review process for critical energy infrastructure projects.

“Ensuring that our abundant domestic supply of natural gas can safely reach end users is critical if we are to fully realize the benefits of this clean-burning, job-creating resource and natural gas infrastructure is the foundation of that vision,” Santa stated.

Paolo Cattaneo  |  April 12, 2019
I think the Mr. Staples does not have a clue of what he is talking about when he states the burning gas makes the air cleaner at home and around the world. Clean air is achieved differently.
Randy Verret  |  April 11, 2019
Although I understand the rationale for the executive order, I am not overly optimistic that these Sec. 401 water certifications will move forward much faster. The environmental activists will continue to file lawsuits anywhere they can find suitable legal venues with supportive judges to foster their "Keep it in the Ground" agenda. So, I hope I'm wrong but I have a feeling this is far from over on the pipeline "battleground"...