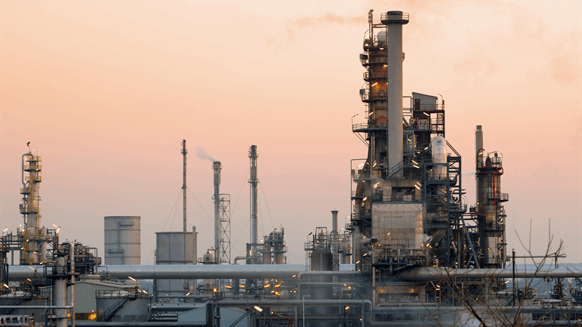 Just three of India's refineries will account for more than one-quarter its refining capacity in 2023, states report.

India’s total refining capacity is set to grow at an average annual growth rate (AAGR) of 5.3 percent until 2023, according to a new report from the data and analytics firm GlobalData.

“India’s crude oil refining capacity is growing rapidly to meet burgeoning demand for petroleum products,” Soorya Tejomoortula, GlobalData oil and gas analyst, said in a written statement emailed to Rigzone. “The booming automobile and aviation sectors, fast urbanization and growing use of liquefied petroleum gas (LPG) for cooking are the major drivers for refined products in the country.”

According to the report, “India Crude Oil Refinery Outlook to 2023,” India’s total refining capacity will hit 6.525 million barrels per day (MMbpd) in 2023. By comparison, the figure for 2018 was 5.01 MMbpd, the firm noted. In addition, GlobalData stated that India’s share of Asia’s crude oil refining capacity through the period should remain steady at 15 percent – second in the region to China.

At a refining unit level, GlobalData predicts the following changes at India’s refineries from 2018 to 2023:

In 2023, three of India’s 23 refineries will account for more than one-quarter of India’s 6.525 MMbpd refining capacity. They include the Jamnagar II (704,000 bpd), Jamnagar I (660,000 bpd) and Vadinar (405,000 bpd) facilities, GlobalData stated. The firm also pointed out that two noteworthy refining projects in India within the next five years include: