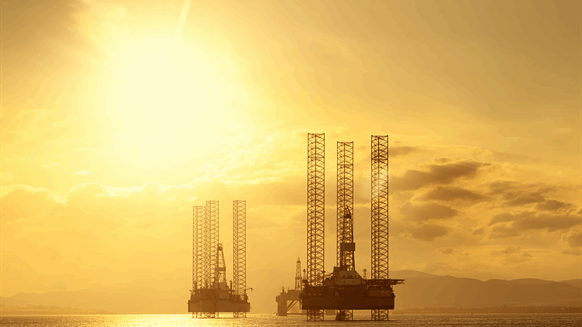 While some majors are still involved in the North Sea, notably Statoil, the age of the independents is clearly on the ascendancy.

Faroe Petroleum and its partners in the Fenja field submitted a $1.2-billion plan for development and operation to the Norwegian Ministry of Petroleum and Energy Dec. 19. The project was announced about the same time as first oil was anticipated from Premier Oil’s Catcher field, and Dana Petroleum ramping up its Western Isles development. Those are just the three latest examples of how complete the change in North Sea development has become, from a backwater for global majors to a hot play in which independent producers are making large investments and bringing fresh molecules to market.

There is a small irony to the sea change in the region. The shale bonanza in North America was led by independents after global majors largely abandoned onshore development. The booming new supply out of the United States and Canada was a major factor in tipping the North Sea out of favor as a higher cost play. Many global majors have since left the North Sea, most selling to independents that are now leading the renaissance.

The proposed Faroe Fenja development will comprise three horizontal production wells, one gas-injector well and two water-injector wells, tied back to the Njord A floating production facility for processing and export via the Njord B floating storage and offloading vessel. The Fenja license partners are planning to invest $1.2 billion (NOK 10.2 billion; £900 million) with planned production start-up in 2021 and a planned field life of 16 years.

The Fenja field (previously named Pil/Bue), of which Faroe owns a quarter, was discovered in 2014, in the Norwegian Sea, approximately 30 kilometers south west of the Statoil-operated Njord field, in which Faroe holds a small 7.5 percent interest. Operator of the Fenja development, VNG estimates that the field contains gross recoverable resources of approximately 100 million barrels of oil equivalent and is comprised predominantly of oil.

Separately, Faroe reported that production from the Tambar field in Norway has recommenced, following a fatal Dec. 7 accident on the Maersk Interceptor rig. Faroe holds a 45 percent interest in the development. The Tambar infill and gas lift installation program has also resumed. An investigation is being let by the authorities and the Tambar operator, AkerBP. With the resumption of all activities at Tambar, Faroe’s production guidance for the year remains unchanged at 13,000 to 15,000 barrels of oil equivalent per day (boepd).

Premier declined to provide any further information on its Catcher field other than “delivery of first oil remains on schedule by the end of the year.” The FPSO vessel was in place in mid-October, and full connections completed shortly thereafter. Premier discovered the Catcher field in 2010, but has built its portfolio through acquisition. Most recently it acquired E.ON’s UK North Sea assets for $120 million in April 2016 and reached payback on the deal in April 2017.

“Production on Western Isles is continuing according to plan and is expected to increase to its full capacity of over 40,000 boepd in early 2018. It is a stand-alone development,” the company told Rigzone.

Western Isles is another big-ticket project with an investment of $2 billion. Dana is the operator with a 77 percent interest and is producing from two oil fields called Harris and Barra in the Northern North Sea, 160 kilometers east of the Shetlands and 12 kilometers west of Tern field. It involves a subsea development of production and water injection wells tied back to the FPSO. An estimated 45 MMboe is economically recoverable over a field life of 15 years.

Separately, Dana is a 50 percent equity partner in the Tolmount gas field in the Southern North Sea with operator Premier Oil plc. Dana has signed Heads of Terms with the field Operator Premier Oil and CATS Management Limited in respect of the infrastructure partnership for the development. A Field Development Plan has been submitted for the project. Development sanction is planned for the first half of 2018. The Tolmount Main gas field, which is 50 kilometers offshore in block 42/28d, is one of the UK’s largest undeveloped gas discoveries with estimated recoverable reserves of over 540 billion cubic feet, with upside potential.