IEA: 'Too Early to Write Obituary of Oil' 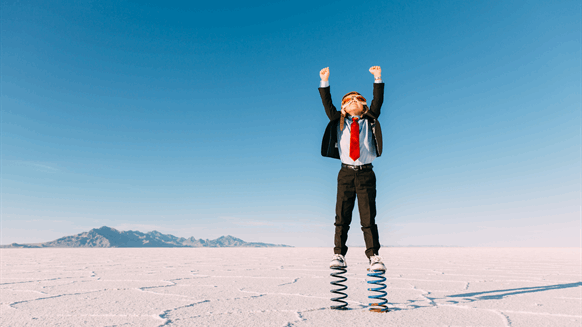 The world's consumers are not yet ready to say goodbye to the era of oil.

The world’s consumers are not yet ready to say goodbye to the era of oil, according to the International Energy Agency’s (IEA) World Energy Outlook (WEO) 2017 report.

WEO 2017 projects that global oil demand will continue to grow to 2040, although at a steadily decreasing pace. Up until the mid-2020s demand growth remains robust, according to the IEA’s New Policies Scenario, but slows thereafter as greater efficiency and fuel switching bring down oil use for passenger vehicles.

Powerful impetus from other sectors is enough to keep oil demand on a rising trajectory to 105 million barrels per day by 2040 though, according to the report, with oil use to produce petrochemicals the largest source of growth, closely followed by rising consumption for trucks, aviation and shipping.

WEO 2017 also projects that the United States is set to become the undisputed global oil and gas leader, accounting for 80 percent of the increase in global oil supply to 2025, and that natural gas will grow to account for a quarter of global energy demand in the New Policies Scenario by 2040, becoming the second-largest fuel in the global mix after oil.

Eighty percent of the projected growth in gas demand takes place in developing economies, led by China, India and other countries in Asia, where much of the gas needs to be imported and infrastructure is often not yet in place.

“It is far too early to write the obituary of oil, as growth for trucks, aviation, petrochemicals, shipping and aviation keep pushing demand higher,” said IEA Executive Director, Fatih Birol, in an organization statement.

“The US becomes the undisputed leader for oil and gas production for decades, which represents a major upheaval for international market dynamics,” he added.

Following the publication of the IEA’s report, Michael Burns, oil and gas partner at law firm Ashurst, highlighted the US’ projected output rise.

"One of the most interesting themes is the expected rise of the US as a global leader in oil and gas production, largely due to its success in the unconventionals sphere – something that was unforeseen a decade ago,” Burns said in a statement sent to Rigzone.

“While it seems unlikely that other countries can match the success of the US, there might be greater impetus by others, such as the UK, to try harder to tap into the potential being offered by unconventionals,” he added.

Tim  |  November 18, 2017
All the liberals would be happy if we just went back to its use,when Rockefeller first got started. Hope people have an alternative for their tires.
Philip  |  November 16, 2017
I think you are missing the point. Firstly, by far the biggest use of oil is for energy which reduces the product to water and CO2 - and there are alternatives. Secondly using oil to make products is not a major contributor to CO2 and so global warming, after all you are not burning it.
David Thompson  |  November 15, 2017
We are in many ways totally dependent on good old crude oil. You like all those pharmaceuticals you use. Where did the precursors come from? You got it. That motor oil that keeps your engine running, the tires on your car, the road you're driving on, the plastics that comprise a good chunk of your car, the siding on your house and I could go on forever. Back in 1981, several of us mud engineers were drinking with a not bad looking park ranger from Colorado National Monument and she said she didn't use any petroleum products whatsoever. How did you get here. She then said, just personally. I said, let's go to my motel room and I will take all the petroleum products off of you. Her bra was gone and the elastic in her panties along with all the polyester thread that sewed everything together. Soles of her shoes were gone, frames of her glasses. She didn't have much left and the rest of the night was fun. Next morning, I went over to Wal-Mart and bought her coveralls. She ended up spending the weekend. Came out to the drilling rig I was checking and learned something. From then on, she was welcome at our round tables. If you don't think you're not dependent on oil, think again. If you're going to live off the grid, what produced all the materials you're using, where did that windmill come from and those solar panels. You are still using petroleum.
Ryan  |  November 14, 2017
Really? Does it not make more sense to start the process of moving over to alternate soucrces as soon as possible? Apparently not