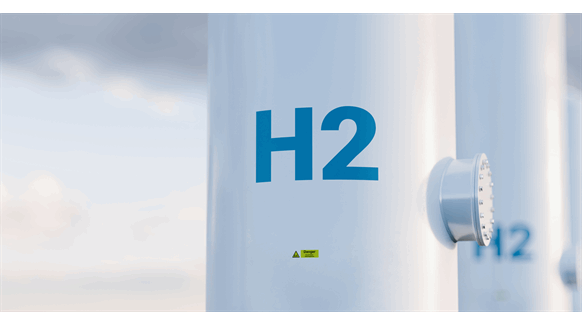 Not all countries have the luxury of including hydrogen in their energy development plans.

Saudi Aramco, the world’s largest oil company, has been talking with China about collaboration in blue hydrogen, ammonia, and synthetic fuels production as well as carbon capture and storage (CCS) investment. The possible partnership was brought up by Saudi Aramco CEO Amin Nasser at the China Development Forum in Beijing last month. Nasser said at the time that these are essential “to achieving our long-term, low-carbon ambitions.”

Both Japan and South Korea have been developing their own clean hydrogen investment initiatives. Yet, South and Southeast Asia lag far behind both countries as well as Europe whose massive green hydrogen push leads the world.

Most Asia-Pacific countries haven’t even mentioned the fuel in their own respective energy development plans. Vietnam, the Philippines, Cambodia, Myanmar, Sri Lanka, Pakistan, Bangladesh, and others are just now pushing ahead with major LNG infrastructure build-out, including regasification facilities and LNG-to-power projects, to offset a decades’ long dependence on coal for power generation. Coal still makes up around 40 percent of most Asian countries’ energy mix, according to the Paris-based International Energy Agency.

Adding to the quandary, there seems to be no consensus on when green hydrogen will reach fossil fuel cost parity. The answer depends on whose forecast and modeling you use.

Some claim that fossil fuel cost parity and hydrogen economies of scale could be reached within the next few years, while others see a longer and bumpier road to achieve that objective. Other factors, including geographical location and government incentive, have to also be factored in.

Commodities data provider S&P Global Platts said recently that green hydrogen production costs need to drop at least another 50 percent to compete with fossil fuel costs. Access to low-cost renewable electricity will be the most important factor in driving green hydrogen costs down, it added. The International Renewable Energy Agency, for its part, said in December that it could take another 10 years for green hydrogen to compete with the cost of fossil fuel alternatives.

As such, European countries like Germany, France, Spain, Italy and the UK, which have already pledged to become carbon-neutral by 2050, could actually reach those goals early due to green hydrogen development. Meanwhile, most South and Southeast Asian economies simply can’t afford to invest in both LNG infrastructure and green hydrogen development. The situation creates a list of clean energy haves and have-nots, which in turn could also hinder them from reaching their own individual climate change objectives.