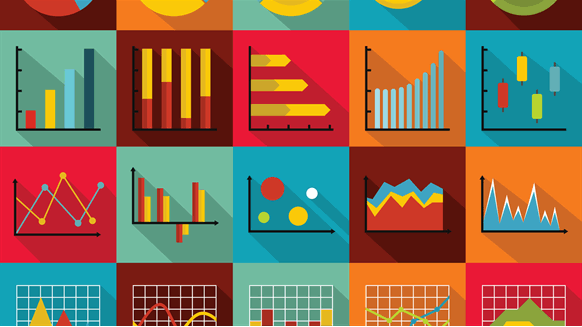 Check out this review of oil market hits and misses for the week ending Oct. 16, 2020.

Seemingly in keeping with 2020’s disruptive nature, this year’s Atlantic hurricane season has been exceptionally active. Louisiana’s Gulf Coast was particularly hard-hit, having sustained Category 4 Hurricane Laura in late-August and – on Oct. 9 – Category 2 Hurricane Delta. In addition to creating more disruption for an already storm-weary region, Delta also led to distortion of some widely followed oil market data. Keep reading for details on this and other recent oil and gas market trends.

Barani Krishnan, Senior Commodities Analyst, Investing.com: The crude stock draw of 3.8 million barrels announced by the U.S. Energy Information Administration (EIA) for last week looked as exaggerated as many thought it will be, due to precautionary reactions related to the Hurricane Delta shutdowns.

Andrew Goldstein, President, Atlas Commodities LLC: West Texas Intermediate (WTI) crude oil continues to trade within a $2 range over the past nine trading days, signaling indecision of the current state of demand versus production. Although total U.S. inventories fell 3.82 million barrels, according to the U.S. Department of Energy, WTI’s main storage point of Cushing, Okla., had an increase of 2.9 million barrels.

Tom McNulty, Houston-based Principal and Energy Practice leader with Valuescope, Inc.: WTI continues to trade just north and south of $40 per barrel, consistent with the expectations of just about every client we have here in Texas.

Tom Seng, Director – School of Energy Economics, Policy and Commerce, University of Tulsa’s Collins College of Business: U.S. oil prices are holding close to the $40 level as traders had to evaluate mixed supply/demand signals. A decline in both U.S. production and inventory, along with Gulf of Mexico shut-ins, supported higher prices while new concerns over the spreading of the COVID-19 virus is putting a damper on the outlook for demand. Many U.S. states are seeing an uptick in the number of confirmed cases of the coronavirus, and London has gone back to full lock-down.

Meanwhile, the EIA’s Weekly Petroleum Status Report showed a decline of 3.8 million barrels last week – the 11th weekly decline out of the last 12 weeks and twice what Wall Street Journal analysts had forecasted. At 489 million barrels, stored crude is at the lowest level since the first week of April but still at 11 percent above the five-year average for this time of year. Refinery utilization declined slightly to 75 percent. Total motor gasoline inventory decreased by 1.6 million barrels and is now down to about one percent above the five-year average. The key Cushing hub saw an increase of 2.9 million barrels, running counter to the national trend and now stands at about 78 percent of capacity.

U.S. oil production fell back to 10.5 bpd. The International Energy Agency predicts that the market will slowly burn off the global inventory surplus as production has fallen nine percent since September. Libyan oil production is back up to 500,000 bpd while OPEC’s compliance committee will meet Monday to monitor member nations’ output. The OPEC+ group does expect to slowly increase output over time. The EIA has reported a drop of 77 in the number of DUCs – drilled but uncompleted wells – in the U.S. However, there still remain about 20 months’ worth of possible completions.

The U.S. stock market looks to settle higher this week despite possible impacts of the spread of the virus. The U.S. dollar rose today, which helped push oil prices slightly lower.

Meanwhile, natural gas holds strong on a lower-than-normal weekly storage withdrawal and lower production believed to be caused by shut-ins. Supply last week was 86 billion cubic feet per day (Bcfd) versus about 95 Bcfd a year ago. Stored natural gas volumes now stand at 3.88 trillion cubic fee (Tcf) with only three weeks remaining in the traditional injection season. If we average just 41 Bcf per week during this period, 4 Tcf is easily achievable. And, barring an early cold front hitting the major consuming areas, we are likely to see net injections into at least the first two weeks of November. Total stored volumes exceed the five-year average by 10 percent.

Goldstein: OPEC’s secretary-general has assured that the OPEC and non-OPEC partnership will continue, so “we don’t relapse into this almost historic plunge that we saw” (i.e., negative WTI prices on April 20, 2020).

Krishnan: I felt the weekly crude draw number reported by the EIA on Thursday could have been larger, based on industry data from the American Petroleum Institute (API), a day earlier that called for a draw of more than 5 million barrels for last week. That API report triggered whisper numbers that were even higher on the market. According to the EIA, the Strategic Petroleum Reserve also recorded an outflow of 1.2 million barrels for last week, making for a bullish case.

While the drop of 1.6 million barrels in gasoline stockpiles reported by the EIA was well within forecasts, the distillates or diesel draw at over 7 million versus expectations for 2 million resulted in more head-scratching. Despite a higher delivery rate perceived for online commerce due to the COVID-19, transportation activity typically slows at this time of year and public commute to work has barely resumed like before. Where is all that diesel going, one has to wonder.

Market bulls probably also took some comfort seeing the EIA pairing U.S. crude production estimates back to 10.5 million barrels per day (bpd) for last week, below the intimidating 11 million-bpd reported the previous week. But again, this number is distorted by Delta-related math, so I wouldn’t put too much currency on it.

For the bears, there was that solid 3 million-barrel build in crude stocks in Cushing at the delivery hub for contracted U.S. crude. And for what it’s worth, for a second week in a row, U.S. crude exports have fallen about half a million barrels per day. If you multiply that out over the week, it totally negates the crude draw we had for last week.

Seng: The resurgence of COVID-19 in the U.S. and globally was unexpected and continues to place a cloud over economic recovery worldwide. Without that, the picture for increased energy demand looks bleak.

McNulty: According to the EIA, the DUCs dropped by 77 from August to September. I spoke to a client yesterday who said the number will fall further in October. Why? It has never been cheaper to complete wells because oilfield services companies are desperate for any work they can get. And there are well-managed oil companies that can make margin at these prices.