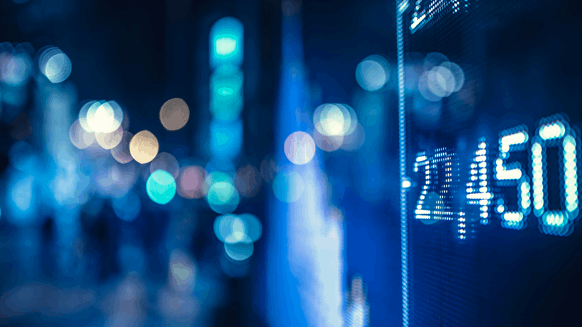 Directors believe a premium listing could provide the company with 'a more appropriate platform for its growth'.

UK based oil and gas company Hurricane Energy plc revealed Thursday that it is exploring the possibility of a premium listing, which directors believe could provide the company with ‘a more appropriate platform for its growth’.

“Following discussions with shareholders, and in light of the company's increased institutional shareholder base since the recent $530 million capital raise, the company is exploring a number of options, including application for admission of its ordinary shares to a premium segment of a recognized stock exchange (premium listing),” a Hurricane Energy spokesperson said in a company statement.

“The company directors believe that a premium listing could provide the company with a more appropriate platform for its growth, raise the company's global profile, potentially increase its trading liquidity and provide it with a wider addressable investor universe for its ordinary shares,” the spokesperson added.

In addition to news of the potential premium listing, Hurricane Energy announced that a sub-committee of the board has been established, titled the Listing and Governance Committee (LGC), to evaluate the company's organization and governance structure and ‘provide recommendations for changes that will better suit the ongoing requirements of a company of Hurricane's scale and growth profile’.

The LGC will be chaired by John van der Welle (independent non-executive director) and Evercore Partners has been appointed to provide independent advice to the committee.

Hurricane Energy also announced the resignation of the company's non-executive chairman, Robert Arnott, with immediate effect. David Jenkins, senior independent non-executive director, has assumed the role of interim chairman and chair of the nominations committee until a suitable candidate is nominated by the LGC.

"I am pleased to announce the board's preparation for future growth, through the formation of the Listing and Governance Committee. The establishment of this committee demonstrates Hurricane's commitment to achieving best practice disclosure, reporting and corporate governance standards, commensurate with a Premium Listed business,” Robert Trice, Hurricane Energy chief executive, said in a company statement.

"I would like to thank Rob for his time as chairman and contribution to the company through what has been a transformational period of growth and development,” he added.