How Much Oil Does OPEC Really Have? 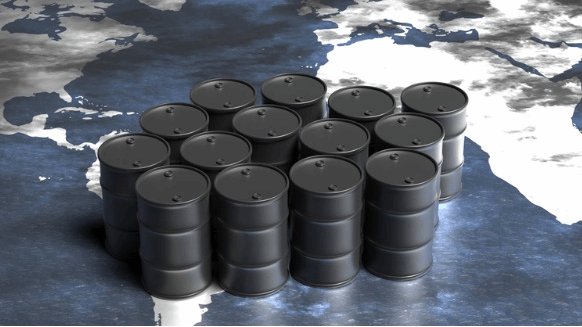 With Saudi Arabia as the linchpin, OPEC's importance in the global oil market is clear.

In our current COVID-19 world, the question posed looms larger than ever. After all, it was just a few years ago that shale legend Harold Hamm claimed OPEC a “toothless tiger,” suggesting that the U.S. shale revolution had rendered the bloc ineffective over the world oil market. There is no question that America’s shale has become a game-changer, with the country soaring its crude production 160 percent since 2008 to now meet 16-18 percent of the world’s appetite for liquid fuels.

But lest we forget that with 1,245 billion barrels, OPEC still controls nearly 75 percent of the world’s proven oil reserves, as reported by BP’s Statistical Review of World Energy 2019. Steered by Saudi Arabia, OPEC has some of the lowest production costs. And despite both voluntary and involuntary cuts in output, OPEC still accounts for over 30 percent of global oil supply (over 40 percent during normal times). Until it ended at the end of March, the OPEC and Russia-led output cut partners had put a critical floor under the price of crude. Now, the Saudi-Russia price war amid COVID-19 recently plunged prices to nearly 20-year lows.

Indeed, with Saudi Arabia as the linchpin, OPEC’s importance in the global oil market is clear. The mystery of its reserves, however, goes back to the 1980s. This is when leadership instituted a policy for members to connect production quotas to the amount of reserves reported. Quotas for OPEC’s production are strategically allocated to control the flow of oil to the global market and manipulate the price. Hardly surprisingly, with more output meaning more revenue, reserve totals for OPEC members boomed within a few years.

From 1982 to 1988, OPEC’s oil reserves inexplicitly grew 65 percent to almost 760 billion barrels. And importantly, there was no drilling program in any of these countries that would have explained such a leap in reported reserves. A more recent example, Venezuela’s proven oil reserves under Hugo Chavez somehow more than tripled from 2006 to 2011 to nearly 300 billion barrels, and the embattled country now has the largest reserves in the world.

In turn, the reality is that nobody really knows how much oil OPEC has. The national oil companies within OPEC do not face independent audits. This is in contrast to what happens in the U.S., where producers face oversight from the Securities and Exchange Commission that monitors the claims of publically traded companies. Although the COVID-19 and price war crises might bring an exception, generally if U.S. producers were to join forces to restrict supply, they could face collusion charges from the federal government.

Looking forward, the importance of OPEC can only continue. An absolute decline in oil production and demand is now a reality this year but that is no indication of a structural shift in the market. Oil is still the most important source of energy with no material substitute, so brighter days lie ahead. More economic growth means demand will grow again. It always was as obvious as it seemed: a bloc of nations that controls the bulk of oil reserves and holds eight of the world’s top 14 producers will remain integral to the supply system.

IEA reports that the oil and gas industry requires a $20 trillion investment from 2018 to 2040 to meet the systematic rise in demand, with 80 percent of this needed in the highly capital intensive upstream sector. Oil of course is the ultimate global commodity, where events “over there impact prices here.” Thus, especially now with COVID-19, historic oversupply, and collapsed demand offering a major disincentive, all consumers must still encourage investments across the supply chain. This is particularly true for OPEC and other key producers that siphon off oil revenues to fund social programs and gain public support – instead of solidifying new E&P. Our reality is that not investing today could easily mean price spikes tomorrow.