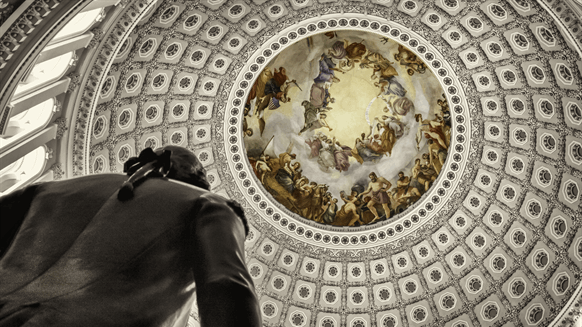 The threat of the rail strike was identified as a short-term supply risk in Rystad Energy's latest North America gas and LNG market update.

The U.S. House of Representatives has passed legislation to avert a rail shutdown, speaker of the house Nancy Pelosi has confirmed.

“I am grateful to Speaker Pelosi and House Democrats and Republicans for taking urgent action to prevent a rail shutdown,” U.S. President Joe Biden said in a statement posted on the White House website.

“This overwhelming bipartisan vote in the House of Representatives makes clear that Democrats and Republicans agree that a rail shutdown would be devastating to our economy and families across the country,” Biden added.

“The Senate must now act urgently. Without the certainty of a final vote to avoid a shutdown this week, railroads will begin to halt the movement of critical materials like chemicals to clean our drinking water as soon as this weekend … The Senate must move quickly and send a bill to my desk for my signature immediately,” Biden continued.

In a White House press briefing on Wednesday, White House Press Secretary Karine Jean-Pierre said “a rail shutdown would have a grinding effect on our economy to halt and touch the lives of nearly every family across the country”.

“A couple of examples here: By Friday, Class 1 railroads will likely begin to notify their customers of the wind-down process. Just the announcement would disrupt supply chains as companies begin to reschedule shipments from rail to truck,” Jean-Pierre said.

“As soon as this weekend, Class 1 railway — railroads may begin to refuse to transport hazardous materials, like chemicals necessary to treat drinking water and wastewater. Oil and gas refineries, unable to ship out hazardous byproducts, will stop producing diesel and gasoline, creating supply constraints,” Jean-Pierre added.

“The auto sector could also be disrupted as soon as this weekend as well,” the press secretary continued.

The threat of the rail strike was identified as a short-term supply risk in Rystad Energy’s latest North America gas and LNG market update from analyst Ade Allen, which was sent to Rigzone earlier this week.

“The risk of a temporary or prolonged reduction, or complete halt, in coal deliveries would consequentially increase the usage of gas, particularly for power plants with the ability to switch from coal,” Allen said in the note.

“With colder weather on the horizon, increased gas production will be essential in the coming period to not only keep winter markets in balance but to potentially stave off increased gas for power if coal disruptions materialize,” Allen added.