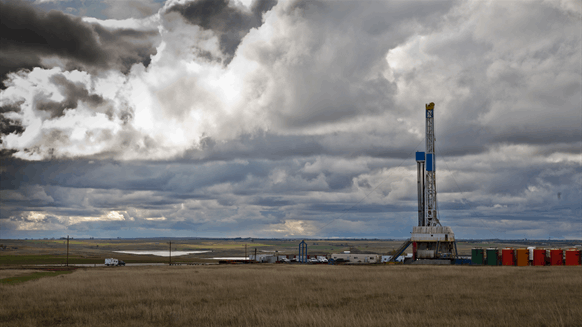 Hess Corp. is taking steps to bolster its cash position and financial liquidity given the recent sharp drop in crude oil prices.

Hess Corp. reported Tuesday that it is taking steps to bolster its cash position and financial liquidity given the recent sharp drop in crude oil prices.

In a written statement the company outlined plans to reduce its 2020 capital and exploratory budget by approximately 27 percent: from $3 billion to $2.2 billion. In addition the $800 million cut to capital and exploratory spending, Hess noted that it has secured a new $1 billion three-year term loan agreement with JPMorgan Chase Bank, N.A. It also stated the loan will be syndicated to other banks.

The company stated that it will primarily achieve capital budget savings by shifting its Bakken program for this year from six rigs down to one – a process it expects to complete by the end of May. In addition, Hess noted that it will defer most of its discretionary exploration and offshore drilling activities – with the exception of activities in Guyana, where it holds interests in the offshore Stabroek and Kaieteur blocks.

“With 80 percent of our oil production hedged in 2020, our significantly reduced capital and exploratory budget and our new three-year loan agreement, our company is well-positioned for this low-price environment,” commented John Hess, Hess’ CEO. “Our focus is on preserving cash and protecting our world-class investment opportunity in Guyana.”

The firm noted that roughly 80 percent of its oil production is hedged by put options, with 130,000 barrels per day (bpd) at $55 per barrel West Texas Intermediate (WTI) put options and 20,000 bpd at $60 per barrel Brent put options. It also stated that it began 2020 with more than $1.5 billion in cash and cash equivalents on its balance sheet and holds a $3.5 billion undrawn revolving credit facility and no material debt maturities until 2024.