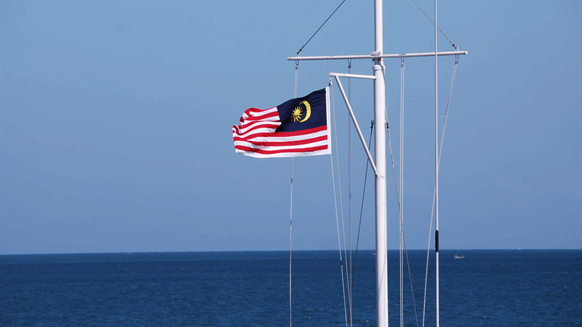 Several exploration and production companies have made significant oil and gas finds offshore Malaysia since the beginning of the year. The discoveries support the country’s goal of using natural gas for more domestic consumption as well as increasing its LNG exports.

Against this backdrop, Malaysia is also trying to attract more foreign and domestic investment in its offshore oil and gas sector. On February 26, Petronas auctioned 13 offshore exploration blocks, including incentives at six discovered fields. This year’s licensing round also offered four deep-water blocks adjacent to the coast of Sarawak and Sabah, which has seen prominent exploration discoveries in recent years.

Malaysia’s latest gas exploration push comes as it tries to reduce over-reliance on coal for its power sector – a common problem for most countries in the region.

Though Malaysia is the second-largest oil and gas producer in Asia and the world’s fifth-largest LNG exporter, coal still represents around 21 percent of its energy mix, according to the U.S. Energy Information Administration (EIA). Petroleum and other liquids make up 27 percent of its energy mix, natural gas (36 percent), and renewables (6 percent).

The quandary for Malaysia, however, is that it has a geographic disparity between its own natural gas supply and domestic demand. Peninsular Malaysia requires more natural gas to fuel the power and industrial sectors, while the eastern states of Sarawak and Sabah – located on Borneo Island – produce natural gas, the EIA report added.

This disparity, along with a lack of pipeline infrastructure, has led to the country having to build two regasification terminals and actually import LNG from global markets – a rare development for a major LNG-exporting country. As such, Malaysian LNG imports are projected to increase by more than 1 million tonnes annually to reach 4.8 million tonnes in 2022, according to a recent ICIS report.

Malaysia also wants to develop stranded gas resources to help it become a major LNG hub in the Asia-Pacific region. Asia-Pacific currently accounts for nearly two-thirds of global LNG demand, with that amount projected to increase amid a procurement ramp-up by China, India, Pakistan, Sri Lanka, Bangladesh, the Philippines, and Vietnam.

The expansion, which will increase Qatar’s LNG production capacity to a world-record 110 million tonnes per annum (mtpa) by 2026 and as high as 127 mtpa by 2027, from a current 77 mtpa, the world’s second after Australia, has the potential to prolong the ongoing supply overhang in global LNG markets into the next decade. This could also be exacerbated if only a portion of the nearly two-dozen U.S.-based LNG projects, of various sizes, that have already received Federal Energy Regulatory Commission Approval, reach final investment decisions, finish construction, and are put into operation.