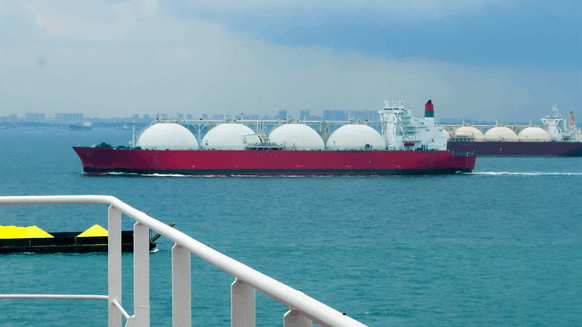 The United States’ ascent to the top tier of global natural gas producers, and its more recent rise within the cadre of major liquefied natural gas (LNG) exporters, has effected an evolution in the gas market.

Noting that dramatic growth in LNG supplies from the U.S. represents a major driver in reshaping the global LNG market, ESAI analyst Chris Cote told Rigzone the oversupply situation is forcing new producers to maintain flexibility in supply contracts. He pointed out that “plenty of feedgas” is priced below the Henry Hub benchmark and above the Japan Korea Marker (JKM) and the Netherlands Title Transfer Facility (TTF) trading point.

“U.S. liquefaction facilities remain flexible in what pricing mechanisms they use to get U.S. gas to the international market,” Cote said.

Cote observed that LNG supply deals in 2019 have been indexed to JKM, Henry Hub and to the Brent crude oil price. He was quick to add, however, that U.S. LNG exporters could start to face pressure if JKM falls closer to Henry Hub and freight rates go up. Moreover, given the U.S. liquefaction capacity buildout, he noted the best-positioned project developers can do two things:

“Investment linked to offtake is important because it will help utilization rates remain higher, allowing the project to achieve economies of scale and making the project more likely to get the green light in the first place,” Cote explained. “In an oversupplied market, tying supply to demand through contracts will be key. Of course, underlying both of these factors are input costs.”

Project developers are applying more innovative financing arrangements to source low-cost feedgas from U.S. producers that lack international market access, Cote pointed out. To be sure, he underscored the importance of timing. In the case of siting, any delays tied to federal licensing and approval could put a project at a disadvantage and enable a competitor to get to market first, he said. Furthermore, he said that “brownfield” expansions – adding liquefaction trains to existing LNG facilities – present clear cost and timing advantages over new “greenfield” plants.

“LNG exporters will have to contend with increased flows of piped gas into Europe and China from Russia, new flows into Mexico from the U.S. and the restart of several nuclear plants in Japan,” Cote explained.

“The more mature customers, traditionally the anchors of the LNG market, will see consumption remain flat or tick up only slightly,” Cote concluded. “China will remain the center of attention, but on the margin the focus for LNG exporters will move from East Asia toward South and Southeast Asia.”

Rudolf Huber  |  November 21, 2019
The situation is way more serious than many dare to suggest. We are still suffering from multiple overhangs that have occurred years ago. And quite unexpected mop-up events in the market have delayed the full consequences of those so now when oversupply finally comes in earnest, effects compound. LNG producers can try all kinds of creative fixes and patches but the fundamental problem remains. There is either too much supply or not enough demand - depending on where you stand. They can limit supply or they can try new ways to build new market. And Asia is running out of miracles. When will they be ready for the juicier stuff?