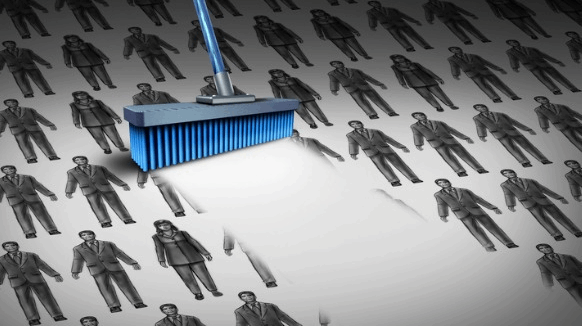 As a result of the dramatic downturn in business sparked by the coronavirus and OPEC+ policy, Halliburton has announced another group layoff this week, according to a notice sent to the Texas Workforce Commission on May 4. Approximately 984 employees were affected.

The layoffs began on May 4 and were completed on May 8 at its operations located at 3000 N. Sam Houston Pkwy E, Houston, TX 77032. The job losses are permanent, and it is expected that the facility will remain open.  Affected employees did not have any bumping rights, and no further information was provided about the job losses in the notice.

“We were unable to provide more notice of this action because these circumstances were not reasonably foreseeable until recently as the full impact of this crisis continues to unfold, which has included massive oil surpluses, oil prices falling to record lows, and an unprecedented decrease in consumer demand, all in the space of a few short weeks,” the company said in the notice.

This is the fourth major staffing adjustment the company has made since late March. Since that time, over 600 company employees have been laid off at various locations in Oklahoma, and approximately 3,500 employees have been furloughed in Houston at its North Belt campus.

Tim  |  May 17, 2020
My daughter joined Halliburton in Aberdeen 2 months ago having completed her Masters in Petroleum Geoscience. She was laid off on Friday. Shocking that young graduates are laid off and not furloughed
Kevin Martyn  |  May 16, 2020
I believe Oil and Gas industry and Shale drilling operations is in serious financial trouble and shall not recover in the future!
Tolulope Oso  |  May 11, 2020
This is so disheartening.
RELATED COMPANIES
Company: Halliburton Company more info