Guyana Delivers Again As CGX And Frontera Hit The Mark 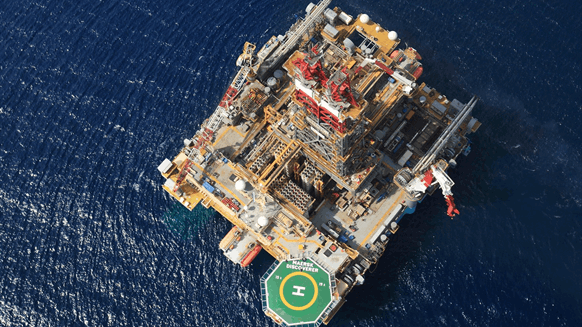 CGX Energy and Frontera Energy have made a discovery at the Kawa-1 well in the Corentyne Block offshore Guyana.

CGX Energy and Frontera Energy have made a discovery at the Kawa-1 well in the Corentyne Block offshore Guyana.

The Kawa-1 well encountered approximately 177 feet of hydrocarbon-bearing reservoirs within Maastrichtian, Campanian, and Santonian horizons based on initial evaluation of Logging While Drilling data.

These intervals are similar in age and can be correlated using regional seismic data to recent TotalEnergies’ successes in Block 58 in Suriname and over 20 ExxonMobil’s discoveries in the Stabroek Block in Guyana.

The well also encountered hydrocarbon-bearing sands in deeper strata which will also be analyzed and could become the target of future appraisal opportunities. The net pay and fluid properties of the hydrocarbons across the shallow and deep reservoirs will now be confirmed with electric wireline logging and fluid sampling.

“Kawa-1 results add to the growing success story unfolding in offshore Guyana as the country emerges as a global oil and gas exploration hotspot. On behalf of the JV, I'd like to thank the Government of Guyana for its long-standing support as we worked together to deliver this successful outcome," de Alba added.

The Kawa-1 well was drilled to a depth of 21,578 feet and targeted the easternmost Campanian and Santonian channel/lobe complex on the northern section of the Corentyne block.

The well results support the JV’s geological and geophysical models and have helped de-risk equivalent targets in other parts of the Corentyne license area.

The end of well forecast is currently projected to be the end of February 2022. CGX stated that information on final well cost estimates and additional results would be announced upon completion of end of well activities.

CGX added that it was assessing several strategic opportunities to obtain additional financing to meet the costs of the drilling program.

"Results from the Kawa-1 well represent a positive milestone in the CGX journey as a pioneer oil and gas explorer in the Guyana Basin. We are proud of our long partnership with the Government and People of Guyana and our reputation as Guyana's Indigenous Oil Company," Suresh Narine, Executive Co-Chairman of CGX's Board of Directors, stated.

"We are very pleased to have successfully drilled the Kawa-1 well with our partner CGX. We now can focus our efforts on potentially transformational opportunities and to continue our positive relationship with the Government and People of Guyana,” Orlando Cabrales, CEO of Frontera, said.

To remind, the Kawa-1 well was spud in August 2021, using the Maersk Discoverer rig. At the time, Frontera and CGX claimed it was one of the most exciting exploration wells in the world. The well was mostly on track to be completed on time and within budget but in December it was announced that drilling operations were expected to last longer than planned, increasing costs.

Second Exploration Well to be Drilled on Corentyne