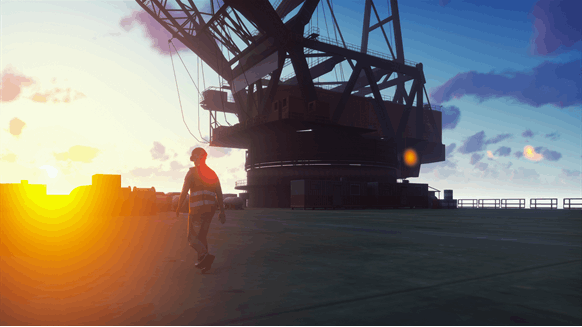 Oil wells in the Gulf of Mexico supply about 2 million barrels of oil a day, or 15 percent of US production.

(Bloomberg) -- Inside more than a thousand offshore drilling rigs and oil production platforms that dot the Gulf of Mexico, workers navigate narrow corridors, sleep in shared rooms and dine in crowded mess halls.

It’s an environment designed for efficiency -- not for keeping a lethal coronavirus at bay.

“There’s no way to do social distancing on a rig,” said Tim Tarpley, vice president of the Petroleum Equipment and Services Association.

That’s led to worries about the safety of the sites, the biggest of which resemble mini-cities with as many as 200 workers, and the nation’s dependence on their output. Oil wells in the U.S. Gulf of Mexico supply about 2 million barrels of crude a day, or 15% of U.S. production.

Similar coronavirus concerns are affecting other energy businesses that rely on employees sleeping in cramped conditions on site -- from oil worker camps in North Dakota and Alaska’s North Slope to an aluminum smelter in Canada and copper mines in the Chilean desert.

There have been notable outbreaks in other close quarters too, including the aircraft carrier USS Roosevelt and cruise ships, underscoring the challenge of containing a virus that spreads easily.

The practical complication of extracting oil amid the coronavirus pandemic is only the latest headwind for an industry already reeling. Oil prices have crashed as Russia and Saudi Arabia engage in a price war even as the virus causes demand to plummet.

In response to the outbreak, offshore operators have stepped up screening and cleaning, lengthened job assignments and subjected workers to isolation periods. Some officials have even gamed out hypothetical scenarios that include shutting down operations if the pandemic spreads.

There have been at least 23 positive coronavirus cases tied to offshore oil and gas facilities, according to the National Ocean Industries Association. That may correspond with a rapid rise in cases in Louisiana, the home base for many Gulf oil operations and offshore workers.

“The only option is you’ve got to clear everybody before they get on,” the petroleum association’s Tarpley said. “You’ve got to make sure you don’t get positive folks out on the rig.”

The sickness has already interrupted some activities. After two employees on the Chevron Corp.-operated Big Dog platform in the Gulf of Mexico tested positive, drilling operations were temporarily suspended.

The Interior Department’s Bureau of Safety and Environmental Enforcement, which polices offshore drilling, has had three of its employees test positive. One is a contractor; another last traveled offshore Feb. 28; and the third employee’s most recent trip offshore was March 9.

Tommy Maroon  |  April 08, 2020
I am stuck on a drillship is Guyana. I feel safe because we have shutdown crew changes. I'm starting my 9th week at work. I would not feel safe working in the GOM because they just let anyone offshore