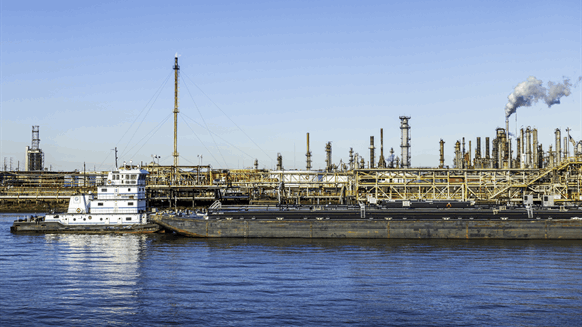 Economic development agency states the project would allow the facility to retain 516 jobs.

The potential capital investment by PBF’s Chalmette Refining subsidiary would convert the hydrocracker unit – idled since 2010 – into a renewable diesel production complex, LED noted in a written statement emailed to Rigzone. The state economic development agency added the possible project in Louisiana’s St. Bernard Parish would include building a pretreatment unit so that the facility could produce non-fossil feedstocks from soybean oil, corn oil, and other biogenically derived fats and oils.

LED pointed out that PBF and its potential partners are considering the Chalmette facility and other sites for the renewable diesel project. It added the refiner plans to make a final investment decision after local taxing bodies in St. Bernard Parish consider the project and decide later this summer whether to grant final approval to tax breaks that LED has offered PBF under the state’s industrial tax incentive program. PBF operates five other refineries – two in California and one each in Delaware, New Jersey, and Ohio.

PBF Chalmette Refinery Manager Steven Krynski contends the project would help to stabilize the company’s workforce, prepare the facility for a “green energy transition,” and support the firm’s efforts to recoup economic losses tied to COVID-19.

“Louisiana financial incentives like the Industrial Tax Exemption and Quality Jobs programs help make the numbers work, especially as our company and entire industry recover from the pandemic,” commented Krynski. “With the support of our state and local leaders, I am hopeful we will be able to bring this project and its economic benefits to St. Bernard Parish.”

According to LED, selecting Chalmette Refining for the renewable diesel project would enable the facility to:

“This innovative project at Chalmette Refining is right in line with the goals set out by the Climate Initiatives Task Force I created last year,” remarked Louisiana Gov. John Bel Edwards. “With this major capital investment in a next-generation energy source and the creation of quality manufacturing jobs along the way, Louisiana would benefit from this project on many levels.”

Capable of processing light and heavy crudes, the Chalmette Refinery boasts a 185,000-barrel-per-day capacity and primarily produces gasoline, distillates, and specialty chemicals for domestic and international markets, according to PBF’s website. The company acquired the refinery from ExxonMobil (NYSE: XOM) and PDVSA in 2015.