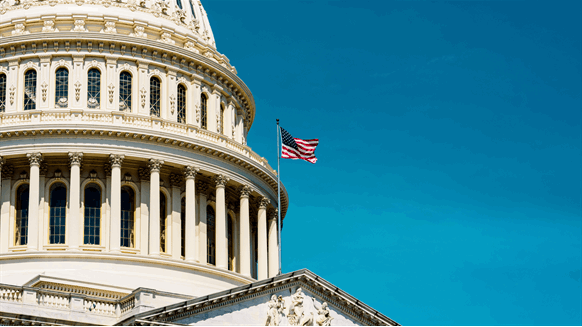 'The Bipartisan Infrastructure Deal will create a generation of good-paying union jobs'.

The U.S. Secretary of Energy, Jennifer M. Granholm, has issued a statement following the passing of the Infrastructure Deal by the U.S. House of Representatives.

“President Biden came into office promising to find consensus in Washington so he can better the lives of Americans in all places in our country - with the House’s passage of the Bipartisan Infrastructure Deal, he has delivered,” Granholm said in the statement.

“The Bipartisan Infrastructure Deal will create a generation of good-paying union jobs, build better roads and bridges, ports and airports, broadband for all and electricity transmission to combat the climate crisis. Every state will benefit; every American can be proud,” Granholm added in the statement.

Commenting on the passing of the deal, U.S. President Joe Biden said, “the House of Representatives passed an Infrastructure Investment and Jobs Act - that’s a fancy way of saying a bipartisan infrastructure bill - a once-in-a-generation investment that’s going to create millions of jobs modernizing our infrastructure - our roads, our bridges, our broadband, a whole range of things - to turn the climate crisis into an opportunity”.

“It puts us on a path to win the economic competition of the 21st century that we face with China and other large countries and the rest of the world,” Biden added.

“NOIA strongly advocated for infrastructure funding levels that would provide meaningful support for U.S. ports. Our ports are the gateway to our nation’s offshore wind opportunity,” Milito said.

“Access to the capital will help ports invest and improve their operational capabilities in support of American offshore wind and the generational opportunity it provides,” he added.

The Infrastructure Investment and Jobs Act, which is sponsored by Democrat Peter A. DeFazio, was introduced in the House on June 4 this year.

To see an additional analyst take of the oil and gas impact of the infrastructure bill, click here. To contact the author, email andreas.exarheas@rigzone.com