The geoscience firm CGG reported Thursday that it has launched a new seismic data reimaging program in the prospective Walker Ridge area in the Gulf of Mexico (GOM).

“Production in the Walker Ridge area has been consistent and continues to grow with recent discoveries,” commented CGG CEO Sophie Zurquiyah in a written statement emailed to Rigzone.

“CGG’s Walker Ridge Wide-Azimuth and StagSeis DEUX surveys will provide input for the project and the reprocessed data will deliver valuable, high-quality imaging throughout the program with two priority discovery areas being processed on an accelerated schedule,” CGG stated. 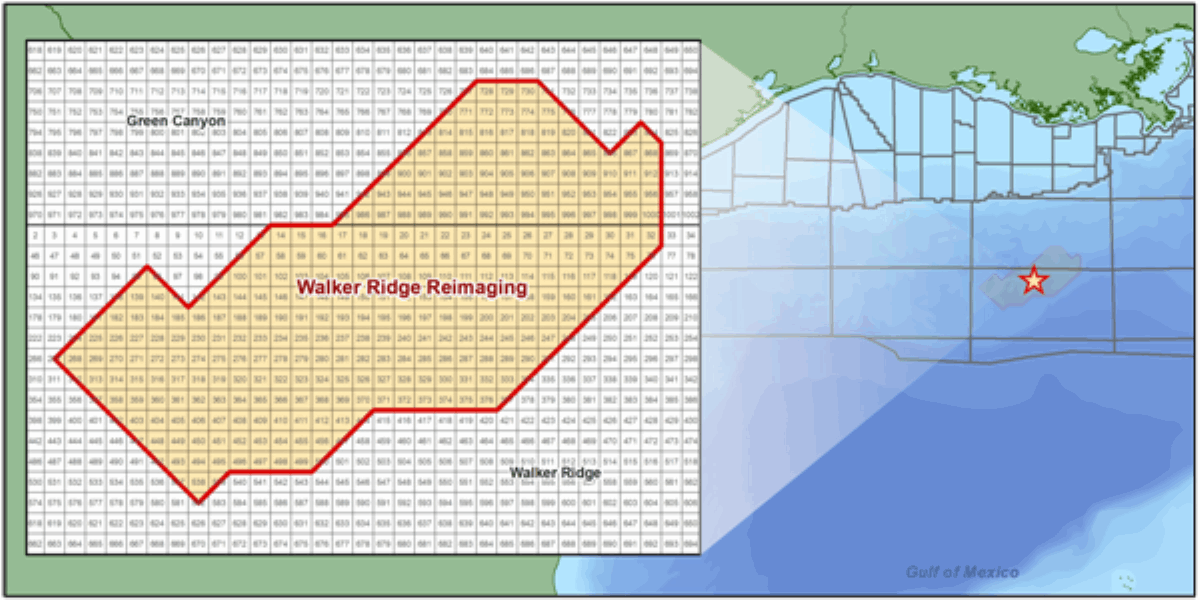 The above map shows the location of the Walker Ridge Reimaging program. IMAGE SOURCE: CGG

The new Walker Ridge program will target the prolific Wilcox formation, whose deformation by thrusts and folds beneath salt sheets and shales have made it difficult to image, CGG continued. It pointed out that it will better define the challenging and complex area by reprocessing existing data with 3D deghosting, 3D SRME (surface-related multiple elimination) and advanced new velocity modelling technologies.

“As the industry leader in seismic data processing, we are continually developing new technology and techniques that we can apply to existing data to provide our clients with the best, most technically advanced images of the subsurface,” noted Zurquiyah. “Advances in technology and the results from this project will allow for more efficient decision-making in finding and producing oil and gas.”

CGG stated that it anticipates final products in February and May of next year, with the full program results expected by the end of 2021.