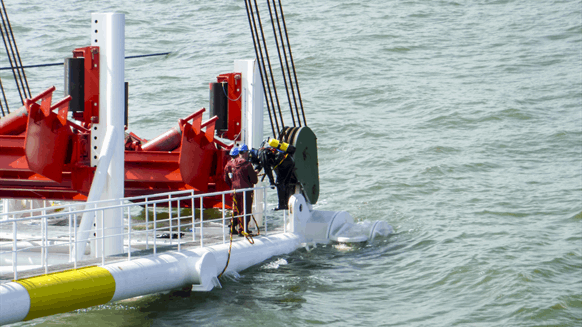 Stonefly to tie back to Ram Powell tension leg platform.

McDermott stated that its scope of work includes project management, installation, engineering, subsea structure and spoolbase stalk fabrication as well as subsea installation of the subsea infrastructure to support a two-well subsea tieback from the Stonefly development site to the Talos Energy, Inc.-owned Ram Powell platform.

A 60,000-foot six-inch pipeline – at water depths ranging from 3,300 to 4,100 feet – will link the tieback to Ram Powell, added McDermott. Also, the contract recipient stated that it will design, fabricate and install a steel catenary riser, a pipeline and manifold and two in-line sleds.

Installation work will occur during the third quarter of this year and will rely on McDermott’s spoolbase in Gulfport, Miss., as well as its North Ocean 105 pipelay vessel, stated the company. McDermott’s Houston office began structure design and installation engineering this month, it added.

The Ram Powell tension leg platform sits in 3,200 feet of water in Viosca Knoll Area, Block 956 and can process 60,000 barrels of oil per day and 200 million cubic feet of natural gas per day, according to McDermott. In a Sept. 4, 2018, press release on its website, LLOG stated that it anticipates first production from Stonefly around December 2019.

McDermott did not specify the contract value but stated that it ranges from $1 million to $50 million.