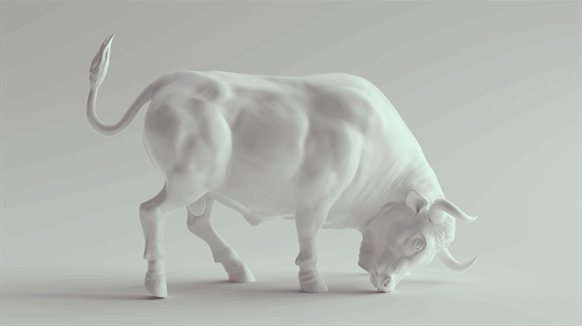 Goldman Sachs analysts have raised their 4Q22-1Q23 forecasts 'conservatively' by $10 per barrel.

OPEC+’s formal agreement to a two million barrel per day reduction in quotas from November has been dubbed “surprisingly bullish” by Goldman Sachs in a new research note.

“These cuts are starting from current baselines - and so allocated pro rata - rather than including baseline adjustments for over-compliant members struggling with production,” Goldman Sachs analysts stated in the note.

If sustained through December-23 next year, OPEC+’s cuts would amount to $25 per barrel upside from Goldman Sachs’ previous 2023 $107.5 per barrel Brent forecast, “with potential for price spikes even higher should inventories fully deplete, requiring demand destruction as a last resort”, Goldman Sachs outlined.

“This outcome is likely unsustainably bullish in our view. As such, we would expect the cuts to have to be temporary before some form of political detente allows quotas to move back significantly higher,” the analysts stated in the note.

“To that end, OPEC+ have said the quotas will stand for at least November and December before the return of their biannual meetings that month. OPEC+ also agreed to extend their framework, presumably with current baselines, through end-2023,” the analysts added.

The Goldman Sachs analysts revealed that, for now, they have raised their 4Q22-1Q23 forecasts “conservatively” by $10 per barrel, to $110/$115 per barrel respectively, but noted that they acknowledge price risks are skewed potentially even higher.

In a separate market report sent to Rigzone by Standard Chartered, analysts at the company said they estimate that the OPEC+ decision will result in a cut to actual output of almost exactly one million barrels per day, “in line with our earlier expectations”.

“This adjustment balances the market for the next five months, helping to remove the surpluses of more than one million barrels per day seen in August, September and October,” the Standard Chartered analysts stated in the report.

“We reiterate our $91 per barrel 2023 Brent average forecast, which we have maintained since 10 June; however, we have reduced our forecast for 2023 demand growth to just 1.26 million barrels per day,” the analysts added.

“With growth weak, we think OPEC+ will need to continue to be proactive in balancing the market if prices are not to undershoot our forecast,” the analysts continued.