Golar and Galileo to Boost LNG Access in Brazil 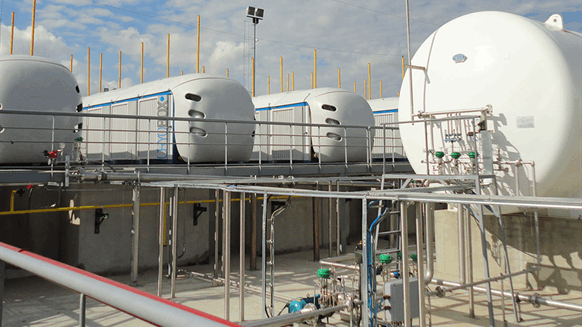 According to the companies, initial activities under the deal include Golar ordering two micro-LNG clusters from Galileo. One of the micro-LNG clusters – comprising two LNG production stations linked to a gas conditioning plant – will produce 30 tons a day of LNG from a mature upstream field in Brazil’s Bahia state. The other cluster will capture and liquefy biomethane from landfills in Sao Paulo, producing up to 15 tons a day of bio-LNG, they noted.

“Thanks to the alliance with Galileo, we will add bio-LNG to our portfolio and residential liquefied gas, thus offering consumers less expensive and cleaner alternatives to conventional fuels,” commented Golar Power Vice President Marcelo Rodrigues.

The firms pointed out the micro-LNG applications will enable Golar Power to commercialize gas as liquid fuel and distribute it through the road network, feeding electric power stations, natural gas distributors, industries and light and heavy vehicles.

“Unlike previous-generation technologies, our gas treatment and liquefaction technologies adapt to scattered methane sources, which frequently are those closest to consumers,” remarked Horacio Andres, vice president of Galileo’s Brazil subsidiary. “That is why they were developed for distributed LNG production.”

The companies also stated that distributing LNG via Brazil’s road network – rather than gas pipelines, which are not widely available in the country – will overcome the limits of the country’s local gas network infrastructure. They noted Brazil’s pipeline network encompasses approximately 5,846 miles (9,409 kilometers).

“The solutions developed by Galileo allow for the escalation of the installed capacity by means of modules,” stated Rodrigues. “This will help us meet the growth of the demand with flexibility and support our small-scale LNG projects and technologies … Only five percent of Brazilian municipalities are served by gas pipelines. Our challenge is to take natural gas to those places, and that is why we chose LNG for small-scale distribution.”

Golar and Galileo also noted that new consumption alternatives, channeled through “Green Corridors,” will accompany the development of new gas sources in Brazil. They explained that Golar will install Galileo’s LNG filling stations in BR network stations, making LNG fueling an option for the vehicular sector. In addition, they stated that industrial clients will be supplied with regasification plants and storage systems to encourage gas consumption in furnaces, engines and turbines.