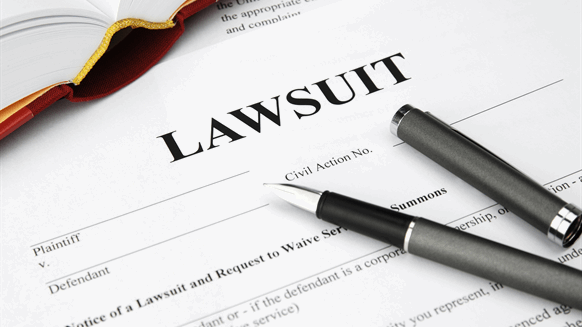 New York City urged a U.S. appeals court to reinstate a lawsuit against five of the world’s biggest oil companies.

(Bloomberg) -- New York City urged a U.S. appeals court to reinstate a lawsuit against five of the world’s biggest oil companies, after a federal judge last year rejected a claim that the industry should reimburse the municipal government for costs tied to climate change.

New York claims the companies have been responsible for more than 11% of all the atmospheric carbon and methane pollution since the Industrial Revolution more than a century ago. Greenhouse gases constitute a “public nuisance” -- an illegal threat to community welfare, similar to a brothel, drug den or illegal hazardous waste dump -- and unreasonably interfere with local land use, the city said.

“All we’re asking for is compensation for the harms,” the city’s attorney, John Moore, said Friday at a hearing in Manhattan before three judges on the U.S. Court of Appeals for the Second Circuit. “We’re not seeking to impose regulations.”

The circuit judges considering the appeal are Amalya Kearse, who was appointed to the court by President Jimmy Carter in 1979, Richard Sullivan and Michael Park, both of whom were appointed by President Donald Trump. The panel didn’t say when it would rule.

New York’s case is one of more than a dozen lawsuits against energy companies based on state nuisance and trespass law. New York says it needs money to build sea walls to protect its 520 miles of coastline, launch public-health programs and take measures to protect property from rising sea levels, increasing heat and violent storms. The city argues that oil companies denied findings of climate-change scientists despite knowing that the use of gas and oil posed “grave risk” to the planet.

The companies’ attorney, Theodore Boutrous, argued on Friday that New York can’t use state law to address global climate change, and that the city was trying to create “an unprecedented sweeping, interstate, international, world-wide tort.”

“The only way to escape liability is to stop producing oil, according to the city,” Boutrous said. “Global warming is an important problem, but tort suits are not the way to resolve it,” he said.

In July 2018, a federal judge in Manhattan agreed with the industry’s argument, throwing out New York’s suit.

“The immense and complicated problem of global warming requires a comprehensive solution that weighs the global benefits of fossil fuel use with the gravity of the impending harms,” U.S. District Judge John Keenan wrote.

To contact the reporter on this story:
Bob Van Voris in federal court in Manhattan at rvanvoris@bloomberg.net

To contact the editors responsible for this story:
David Glovin at dglovin@bloomberg.net
Steve Stroth

Randy Verret  |  November 25, 2019
For precedence, all you have to do is look at Judge Allsup's 9th Circuit ruling last year when he dismissed the Oakland lawsuit based on similar grounds. As the judge wisely observed, global climate change issues are just that...GLOBAL! He reasoned that any solutions lie in the hands of the executive & legislative branches, not the judicial. He also correctly pointed out that we ALL use fossil fuels & enjoy their benefits, so placing the blame (solely) on energy providers through tort relief was a false premise. I'm thinking this appeals court will reach the same conclusions... .