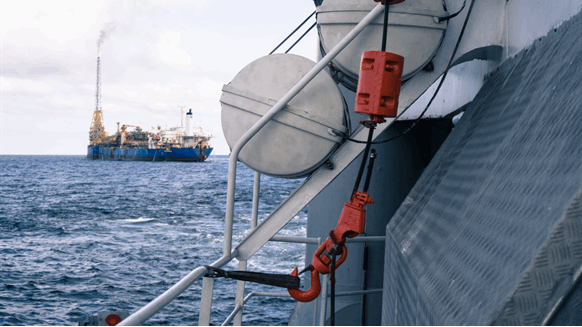 The global floating production market has stirred back to life, according to Rystad Energy.

The global floating production market has stirred back to life after enduring a couple of years in virtual hibernation during the downturn.

That’s according to Rystad Energy, an independent energy research and business intelligence company, which made the statement in a release published on its website late last week.

“Last year brought some relief to the market, with six new FPSO orders worldwide, and momentum has picked up further this year, buoyed by higher oil prices, technological advancements and lower costs,” Rystad said in the statement.

“More than 30 FPSO projects could reach FID between 2019 and 2021. The cost-cutting efforts implemented during the downturn are a major contributor to the favorable economics of most of these projects,” Rystad added.

“Fourteen floater projects have a breakeven of below $50 per barrel, according to Rystad Energy research, while 15 more come in at between $50 and $70 per barrel. Just three of the expected projects have breakevens above $70 per barrel. The pipeline of projects indicates that FPSO awards are set for a strong comeback, driven in particular by South America,” Rystad continued.

Europe and West Africa are also set for a rebound in floater awards, according to Rystad, which highlighted that two FPSO projects have already been confirmed in UK waters this year.

“The overall picture for the FPSO industry is bright, with dozens of new field development projects to pursue over the next two to three years. A key challenge going forward will be project execution and cost control,” Rystad stated.

Rystad is headquartered in Oslo, Norway. The company, which was established in 2004, also has a presence in Houston, Singapore, London, New York, Sydney, Moscow, Stavanger, Rio de Janeiro, Tokyo, Dubai and Bangalore, according to its website.