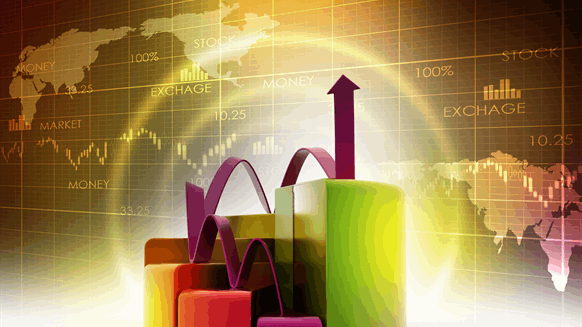 Since the industry’s all-time low in 2016, field service activities have rebounded and are expected to grow at an average annual rate of 4 percent towards 2021. This is in response to stronger demand for oil and gas and to some of the 30 major energy projects that received final investment decisions in 2017. Industry analysts Rystad Energy predicts 72,000 wells will be drilled and completed in 2019, an increase of 3 percent on 2018. However, field services growth will not be evenly spread either between oil and gas sectors or by countries, given that Iranian oil is subject to sanctions on exports, Libya is vulnerable to interruptions by local tribes and insurgents, and Venezuela’s oil industry is in freefall. Local and international factors will govern the level and location of demand for the type of drilling and field development services.

It is easy to overlook the fact that well drilling is predominantly land-based, a feature that owes much to the U.S. shale boom. In less than a decade, U.S. companies have drilled 114,000 shale oil wells and large numbers of gas wells, both in established basins and in new areas. Year-on-year, the United States saw an increase in the rig count of 144 to 1075 on Dec. 7. Rapid growth in North America’s shale oil and gas output has made the country the leading growth market for field services; however, fracking activity slowed in the last quarter as wells in the Permian were drilled but not fracked while awaiting three new pipelines to come online in 2019.

Exploitation of shale resources, most notably in North America but also in Argentina and China, dominates the demand for high specification rigs to enable drilling of long horizontal wells accompanied by hydraulic fracturing services. Weaker activity in North America has however been compensated by increased activity in the rest of the world. This was seen by the increase in the number of international rigs by 49 to a total of 991, centered mainly in Latin America and the Middle East.

Russia and the Middle East

Russia is producing record amounts of crude and gas, the fruits of recent investment in exploration and production of both conventional and unconventional resources. In addition, record output of crude owes much to the practice of infill wells, which are drilled to counter the natural production decline in ageing fields. Moreover, Russia, the holder of considerable shale resources in the Bazhenov Basin, could potentially provide a growing market for heavy-duty rigs, horizontal drilling and fracking expertise and services once U.S. sanctions are lifted. The Middle East producing countries have, according to Rystad Energy, placed orders for both newbuild and more land rigs.

Little growth in the smaller and much costlier offshore field services segment is expected before the end of 2019. Drilling and completion of expensive offshore wells requires specialized technology for drilling, construction and completion, to accommodate higher production rates. The floater-drilling segment, which includes semisubmersible rigs and drillships, are typically used in mid- and deepwater in Northwest Europe, Brazil and West Africa. The current resurgence in North Sea activity is driving demand for floating rigs while Brazil and West Africa are set to lift demand in the medium term. The Middle East and Asia, the main markets for jackups, are expected to grow in coming years.