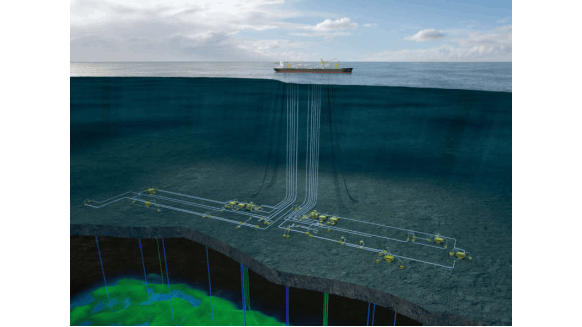 Aker Energy AS reported Friday that its Ghana subsidiary has entered into a letter of intent (LOI) with Yinson Holdings Berhad to award a bare-boat charter and operations and maintenance contract for a floating, production, storage and offloading (FPSO) vessel.

“We are continuing with our preparations for the Pecan project and awarding an LOI for the future contracts for the FPSO vessel is certainly a key milestone,” Aker Energy CEO Svein Jakob Liknes, commented in a written statement. “As one of the world’s leading FPSO providers, we have a strong belief in Yinson’s ability to deliver on time, at the required quality and to the highest safety standard.”

The FPSO will be deployed at the Pecan field, located approximately 71 miles (115 kilometers) offshore Ghana in water depths ranging from 7,874 to 8,858 feet (2,400 to 2,700 meters), Yinson noted in a written statement. The Malaysia-based FPSO provider added the vessel will serve as a hub for processing and exporting crude oil from Pecan, which is projected to boast plateau production of approximately 110,000 barrels per day.

Yinson pointed out the FPSO will be its second vessel to operate in Ghanaian waters. Since 2017, FPSO John Agyekum Kufuor has operated for Eni S.p.A. in the Offshore Cape Three Points Block, the firm noted.

“This is Yinson’s second large project award in the last six months, and we are gearing up for even greater growth ahead,” remarked Lim Chern Yuan, Yinson’s group CEO. “In line with this, we have been building our resources, capacity and expertise, putting us in a strong position to meet our commitments to the projects that we have undertaken.

“Once in operation, the project will bring significant revenues to the country as well as direct and indirect job opportunities for indigenous companies and individuals,” she concluded.