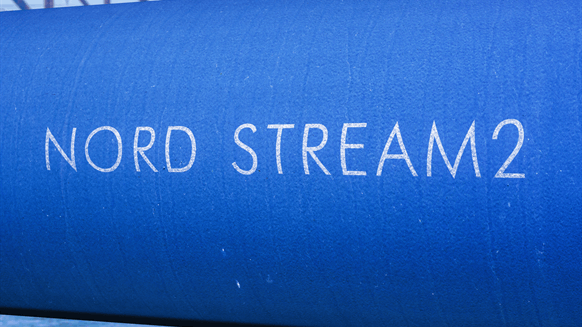 Germany has suspended the procedure to certify Nord Stream 2 AG as an independent transmission operator.

The German federal network agency for electricity, gas, telecommunications, post and railway announced Tuesday that it has suspended the procedure to certify Nord Stream 2 AG as an independent transmission operator.

“Nord Stream 2 AG, which is based in Zug (Switzerland), has decided not to transform its existing legal form but instead to found a subsidiary under German law solely to govern the German part of the pipeline,” the agency added in the statement.

“This subsidiary is to become the owner and operator of the German part of the pipeline. The subsidiary must then fulfil the requirements of an independent transmission operator as set out in the German Energy Industry Act (sections 4a, 4b, 10 to 10e EnWG),” the agency went on to state.

The certification procedure will remain suspended until the main assets and human resources have been transferred to the subsidiary and the Bundesnetzagentur is able to check whether the documentation resubmitted by the subsidiary, as the new applicant, is complete, the agency noted.

“When these requirements have been fulfilled, the Bundesnetzagentur will be able to resume its examination in the remainder of the four-month period set out in law, produce a draft decision and deliver it to the European Commission for an opinion, as provided for in the EU legislation on the internal market,” the agency said.

Another Reason to Expect Mid-2022 Start

The certification struggles that surfaced on Tuesday for Nord Stream 2 are another reason to expect that the pipeline will not be starting commercial operations until about mid-2022, according to Carlos Torres Diaz, Rystad Energy’s head of gas and power markets, who made the statement in a comment sent to Rigzone.

“Losing the prospect of more Russian gas soon via Nord Stream 2 is a bullish development for gas traders, who are now adding premiums to European prices, removing the possibility of a supply relief from the east from the equation,” Diaz said in the statement.

“Estimating that the average time to incorporate a company in Germany is around eight weeks and as even more time is needed to rework and resubmit the documentation, the German certification process is not likely to be concluded before the second quarter of 2022 at the best case, so for sure the pipeline will not be delivering any commercial volumes into Germany before the end of the winter,” Diaz added in the statement.

“Under the current circumstances there is further downside for the timing of the start-up of Nord Stream 2, because even though Germany is more friendly towards this project than EU, the pipeline’s regulatory certification could face even more hurdles during the EU commission review stage,” Diaz continued.

Diaz noted that Nord Stream 2 is the pipeline that can change the supply game in Europe and tip the scale, “so delays in its utilization mean the current tight gas market conditions will persist through the winter”.

“The gas balance is therefore expected to remain tight, especially if temperatures in NW Europe remain below normal this winter,” Diaz said.

“As Nord Stream 2 flows will not enter the European gas market system soon, taking this supply potential out of the equation suggests Europe will continue to rely on LNG over the winter to provide flexibility, creating more buy-side competition for international cargoes,” he added.

Nord Stream 2 is a Baltic Sea pipeline that will deliver gas from the world’s largest gas reserves in Russia to meet the growing demands of consumers in Europe, the project’s website states. The pipeline will transport natural gas into the European Union to enhance security of supply, support climate goals and strengthen the internal energy market, according to the site.