Germany May Never Get a Natural Gas Boom 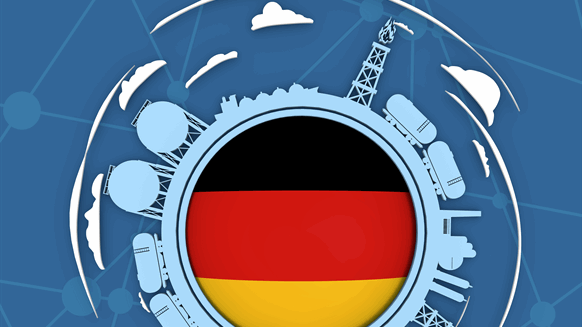 The natural gas industry is eager to see a jump in demand now that Germany has come up with a plan to end electricity generation by burning coal.

(Bloomberg) -- The natural gas industry is eager to see a jump in demand now that Germany has come up with a plan to end electricity generation by burning coal. That might never happen, according to a report by one of the nation’s largest energy companies.

The study, which hasn’t been made public, shows that gas demand in Germany, the Netherlands, Belgium, France and the U.K. is expected to fall by as much as 16 percent by the end of the next decade from 2016 levels. By then, the cost of solar and battery systems will fall far enough that renewables may become the most cost-effective way to generate new flows of electricity.

The scenario, if true, would be a blow for utilities from RWE AG to Uniper SE and Statkraft AS which operate many of Germany’s natural gas plants. After years of depressed profit margins even for the newest and most efficient stations, a revival of the fuel in power generation would be a welcome relief for the companies and local economies.

The report, seen by Bloomberg News, plays down the widely assumed theory that gas will benefit because it’s the only other stable source of power in Europe’s biggest market as Chancellor Angela Merkel is also shutting down the nation’s remaining nuclear reactors.

Instead, renewable technology costs are expected to fall further, boosting the expansion of wind and solar. As a result, gas demand growth for electricity production as a result of coal closures will be limited. Gas demand may drop more than 20 percent at households and power plants using the fuel, the study showed.

“You can’t expect to see a big increase in demand just because of the coal exit,” said Harald Herzig, head of front office at Mainova AG, a utility in Frankfurt which wasn’t involved in the study. “German natural gas demand, even with coal phasing out, might increase just a little, because the other sectors like households and industry will most probably reduce their demand.”

Read more about Germany’s exit from hard coal and lignite: Germany’s Coal Debate Is Just Starting With Plan to Quit by 2038 Merkel’s Coal Commission Wants Germany to Quit Fuel by 2038 In Germany’s Plan to Phase Out Coal, a Big Polluter Will Benefit

But others, from industry lobby Zukunft Erdgas to Austrian producer OMV AG and Raiffeisen Capital Management, are bullish and expect the fuel’s share in the German energy system to increase.

A study by the lobby group shows that Germany is expected to require additional gas-fired capacity of between 50 terawatt-hours and 81 terawatt-hours per year by 2022, when the first phase of the planned coal exit ends. That would boost overall consumption by 5 percent to 7 percent and double the use of gas for electricity generation.

“We will always need gas power generation in order to back up renewables and that is a given,” said Timm Kehler, chairman at Zukunft Erdgas.

Germany is set to lose 45 gigawatts, or almost 40 percent of its total power capacity, after shutting down every single coal-fired plant by 2038. Renewable energy last year beat coal to become the nation’s biggest source of electricity.

The solar industry will be strongly benefited with Germany’s coal phase out, BloombergNEF predicts. Post-2035, during the last few years of coal in Germany, cost reductions in solar and battery storage will make these technologies very cost-competitive, allowing solar to grow by 50 percent from 2035 to 2040.

A Natural Gas Boom? Or Not?

The phase-out could more than double the country’s gas-to-power demand by 2022. Yet, this potential 5 billion cubic meter increase would still be relatively small in the context of overall gas consumption, which averaged 84 billion cubic meters per year in the past decade. Renewables should capture the majority of the ensuing energy gap from the coal exit:  Bloomberg Intelligence  Gas maintains a relatively stable level of generation through the 2020s, then gradually increases from 63 terawatt-hours in 2030 to 91 terawatt-hours in 2040, despite significant wind and solar additions: BloombergNEF “Europe already needs to import more than 200 billion cubic meters of natural gas and will be more more dependent on imports after countries, such as Germany, exit coal. As countries leave coal behind, natural gas demand will definitely increase”:  Manfred Leitner, OMV management board member “Germany has shown impressive growth in renewables in the last years and I am skeptical that what we’ve seen in the last 10 years will be repeated in the next 10 years. I would be very surprised if at some point renewables replaces more coal and gas than gas replace coal in Germany”: Hannes Loacker, commodity analyst at Raiffeisen Capital Management

Rudolf Huber  |  February 08, 2019
By the end of the next decade, the strain caused by massive inflows from interuptible energy sources such as wind and solar combined with the willful forced demise of stable sources will have transformed countries like Germany into brownout and blackout countries. And the Greens will still blame it on fossil fuels. Either the people will grow sick of them and kick those hucksters where it hurts allowing stable forms of energy their sway, or they will be very, very miserable. South Africans or Pakistanis are used to poor electricity, I wonder how comfy Germans will cope with that.
Allen Thomas  |  February 07, 2019
Why will electricity demand be reduced. Yes, appliances are more efficient, but now every car will be electric and will have to be plugged in at night. How many amps does it take to charge a car? Many homes have gas Hot Water Heaters, stoves and furnaces that will now be electric. Also there are lots of plastics out there, just look around your house and car. What will you sit on, leather or cotton upholstery and wood dash boards. What about tires, even Tesla has rubber tires. Refineries supply feedstock to chemical plants, It will be easier to talk about it than implement it.