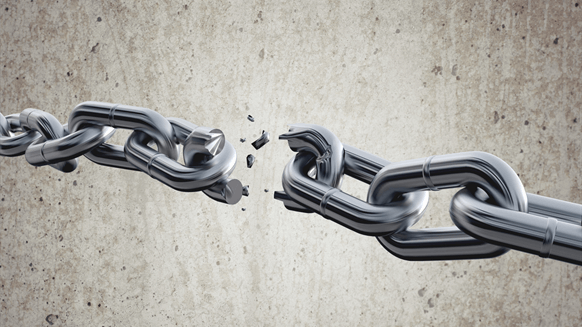 GE plans to pursue an 'orderly separation' from BHGE over the next 'two to three years'.

GE announced Tuesday that it plans to pursue an “orderly separation” from BHGE over the next “two to three years”.

The company said it intends to “fully separate” its 62.5 percent interest in BHGE “in an orderly manner” over the timeframe, in a move which it says “will provide BHGE with enhanced agility and the ability to focus on leading in the oil and gas industry”.

The announcement follows a strategic review by GE, which resulted in the company whittling down its focus to the aviation, power and renewable energy industries. In addition to revealing its plans to separate from BHGE, GE said Tuesday that it also plans to separate GE Healthcare into a standalone company.

“Today marks an important milestone in GE’s history. We are aggressively driving forward as an aviation, power and renewable energy company; three highly complementary businesses poised for future growth. We will continue to improve our operations and balance sheet as we make GE simpler and stronger,” John Flannery, chairman and CEO of GE, said in a company statement.

“GE Healthcare and BHGE are excellent examples of GE at its best; anticipating customer needs, breaking barriers through innovation and delivering life-changing products and services,” he added.

“Today’s actions unlock both a pure-play healthcare company and a tier-one oil and gas servicing and equipment player. We are confident that positioning GE Healthcare and BHGE outside of GE’s current structure is best not only for GE and its owners, but also for these businesses, which will strengthen their market-leading positions and enhance their ability to invest for the future, while carrying the spirit of GE forward,” Flannery continued.

BHGE said it does not currently see any BHGE job losses occurring as a result of GE’s plans to separate its interest in the company.

“BHGE continuously reviews its operations to ensure it is best positioned for growth and serving customers. If and when we do make decisions to restructure or reduce our workforce, we will communicate to our employees first,” a company spokesperson told Rigzone.

“BHGE is a strong and differentiated company positioned for growth. GE’s announcement today to fully separate BHGE over the next 2-3 years provides a clear path for us and is one we are prepared for. We continue to stay focused on what matters most; supporting our team, delivering for our customers and driving long-term value for our shareholders,” the spokesperson added.

HAMID HUSSAIN  |  June 27, 2018
In my opinion it is a good move by GE at the right time. As GE decision regarding buying BHGE shares was not welcome by some senior officials at that time. I had a chance to discuss this with GE manager and he was of the view that GE should not go for BHGE as it will harm its business in Oil & Gas Sector where GE is providing state of the art tool/equipment to many service providing companies. At the same time I extend my wishes to BHGE that during this time BHGE will come up stronger E&P service company.
RELATED COMPANIES
Company: Baker Hughes more info
Company: GE Oil & Gas more info